Girls of Paradise: Hook Up With Call Girls From Beyond the Grave 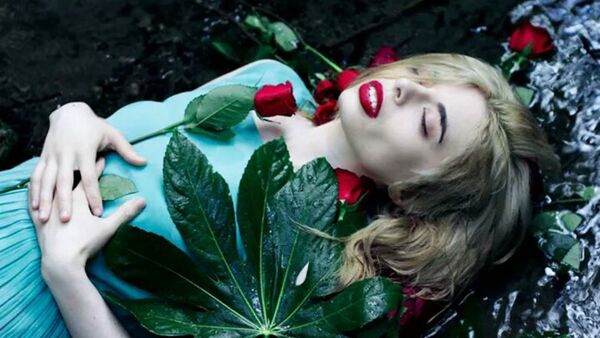 © Flickr / Sophie Dituri
Subscribe
International
India
Africa
A French NGO has come up with an unorthodox way of raising awareness about violence inflicted on prostitutes, by creating a fake call girl website which forces some unpleasant truths upon its unsuspecting clients.

Ukrainian Lawmaker Proposes Legalizing Prostitution 'to Attract Tourists'
At first glance, ‘Girls of Paradise’ looks like a typical call girl website – a fairly common occurrence in the age of digital technologies which allows people to purchase female (and sometimes male) companionship with but a few mouse clicks.

But if a man were to try and ‘order’ a prostitute via this particular website, he would be treated to a shocking revelation that the girl whose services he was trying to contract met an untimely and violent end.

This is not in fact a setup for a horror flick, but an element of a campaign run by a French NGO called Mouvement du Nid, aimed at raising awareness about violence inflicted upon prostitutes. The website was launched in March 2016, shortly before the enactment of a new prostitution law which essentially outlawed paying for sex.

"We wanted to create something that would make it clear to a client that he is engaging in a process which, while it may appear innocent and normal, is in fact linked with violence and crime. In order to achieve this, we decided to trick the clients. They think they are doing something that’s normal, but then they have to learn that the prostitute they chose died or sustained grievous bodily harm," Riccardo Fregoso, one of the campaign’s architects, told Sputnik.

However, the way some of the callers reacted to the stories of violence and death they were treated to (and it should be noted that all of these stories are real cases) genuinely surprised Fregoso.

"Most of the clients were shocked, and the facts they’ve discovered left a lasting impression on some of them. But there were also some strange reactions. One client, having found out that the prostitute was dead, asked if she had a friend that could fill in for her. Others simply didn’t care. But in most cases there was some sort of emotional response," he said.

"The right way would’ve been to advocate treating prostitutes with respect, to decrease stigmatization and discrimination. Bans and penalties like the ones in France, or the kind of laws that may be adopted in Germany, that would enforce a mandatory registration of prostitutes by police, only worsen the lot of sex workers," De Rivière remarked.

Meanwhile, Fregoso said that while his contractor, Mouvement du Nid, believes that prostitution is always mixed with violence, he is well aware of the fact that others may think differently.

"I know that other people have different views (on this issue). I also know that prostitutes’ associations say that they want to keep working and that our initiative threatens their business. But our initiative is directed not at them, but at their clients who think that they’re doing something innocent. But statistics show that prostitution is very dangerous… So we are merely showing them the reality," he explained.

De Rivière however insisted that while violence in the sex trade is commonplace, it’s directly related to the criminalization of this particular vocation, as sex workers who have to operate in areas where prostitution is prohibited are too afraid of being spotted by police and often don’t have time to ‘check out’ their clients and determine how dangerous they might be.

She also expressed hope that Germany won’t introduce prostitution laws like the ones adopted by France, and that the campaign run by Mouvement du Nid and Mc Cann Paris won’t adversely affect public opinion or prostitutes’ working conditions.