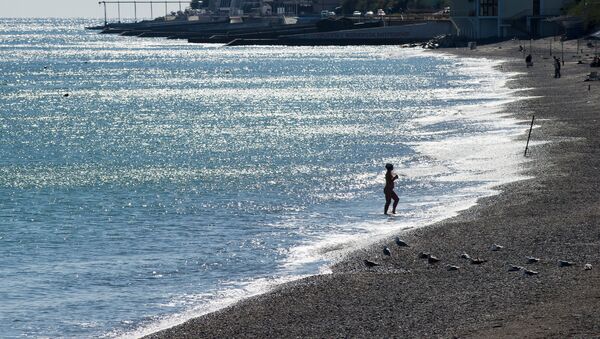 The Italian companies, represented by the delegates who are currently visiting Crimea, discuss with the Crimean enterprises.

On October 14-16, the 18-member delegation of Italian lawmakers and businesspeople are visiting Russia's peninsula of Crimea. The III Yalta International Economic Forum (YIEF) will be held in April 2017.

"The negotiations with the Italian investors from metal structures and steel work company are ongoing concerning joint construction of a hotel in Simferopol…We hope that in the near future we will move towards more detailed negotiations," Nazarov told journalists.

Italian Firms Doing Business in Crimea Despite EU Sanctions – Lawmaker
Nazarov underlined that the Italian entrepreneurs also proposed to cooperate in wine production. Design of bottles and labels will reportedly be presented in April 2017.

YAMEF chairman also announced plans to acquire the Russian architectural magazine to promote Italian manufacturers on the Russian market and to construct a turkey meat production plant, supposedly, in Crimea.

On October 14-16, the lawmakers and delegates representing Italian regions of Veneto, Liguria, Lombardy, Toscana and Emilia-Romagna are visiting the cities of Russia's peninsula of Crimea — Simferopol, Sevastopol and Yalta.