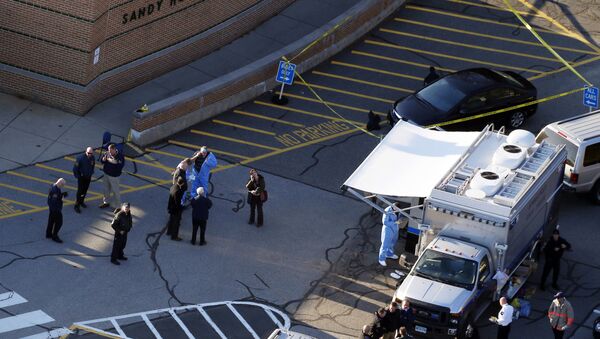 A Connecticut judge has dismissed a lawsuit filed by the families of Sandy Hook Elementary School shooting victims. According to the judge, the gun maker cannot be held responsible for unlawful use of their products.

According to the judge, a special 2005 law called Protection of Lawful Commerce in Arms Act (PLCAA) protects gun makers from being held responsible for any unlawful actions using their products.

The plaintiffs claim their lawsuit does not violate the PLCAA law, as they claim that Remington Arms was selling military-style weapons to the civilians despite the company was aware of risks connected to such marketing.

According to the American Thinker blog, the PLCAA law is justified by the fact that no one can predict what weapon or other item will be used in the crime.

"Which products specifically will be used in murders?  No one has the answer to that question, which means Remington, making a lawful product, cannot possibly differentiate between people who will use its product for legitimate purposes and those who won't," reads the American Thinker article.

However, the plaintiffs will continue to pursue the case.

"While the families are obviously disappointed with the judge's decision, this is not the end of the fight," said Joshua Koskoff, a lawyer for the families. "We will appeal this decision immediately and continue our work to help prevent the next Sandy Hook from happening."

The PLCAA law has been criticized by advocates of gun control as unfair protection of gun manufacturers. Gun control has become one of the key points of presidential candidate Hillary Clinton, who criticized her former rival Bernie Sanders for his support of the law back in 2005. During the primary campaign Bernie Sanders pledged to repeal the law.