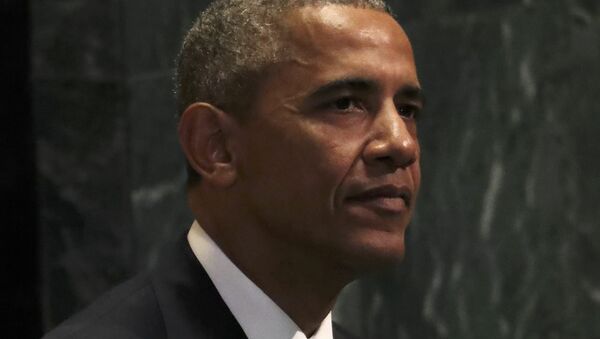 US President Barack Obama has praised the adoption of amendments to the Montreal Agreement, which limit the use of planet-warming chemicals, the White House said in a statement on Saturday.

MOSCOW (Sputnik) — The Montreal Protocol was agreed on in 1987 and entered into force in 1989 to phase out the production and use of man-made substances contributing to the depletion of the ozone layer.

"For several years, the United States has worked tirelessly to find a global solution to phasing down the production and consumption of hydrofluorocarbons (HFCs). This super polluting greenhouse gas, used in air conditioners and refrigeration, can be hundreds to thousands of times more potent than carbon dioxide, and represents a rapidly growing threat to the health of our planet," the statement said.

Obama: World Crossed Threshold Today for Paris Climate Deal to Take Effect
Obama noted that through the amendments to Montreal Protocol over 200 countries in Rwanda adopted "an ambitious and far reaching solution to this looming crisis" which would allow to "avoid up to 0.5°C of warming by the end of the century."

Under the agreement, concluded in Rwanda, the developed countries, such as the majority of the European states and the United States, are expected to reduce the greenhouse gases by 10 percent by 2019. China and a number of developing countries plan to join the program in 2024, and India in 2028.

Representatives from a number of countries have been meeting in Rwanda since October 8 to negotiate an amendment to phase down the use of HFCs in industrial and commercial processes.