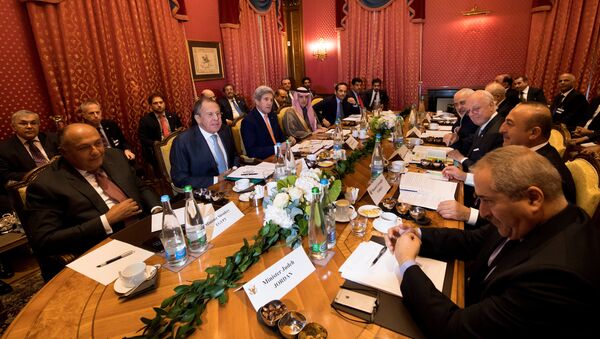 "Iranian Foreign Minister Mohammad Javad Zarif, who is now in Lausanne (Switzerland) to attend the meeting [on Syria], met and held talks with Foreign Minister [of Iraq] Ibrahim Jaafari," the ministry's statement said.