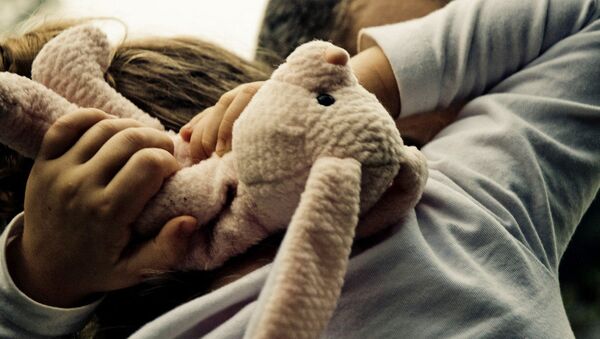 In the wake of the recent rape and murder of a 14-year-old schoolgirl, Indonesian parliament passed new laws stating that pedophiles could face chemical castrations, with repeat offenders and people who abuse family members potentially facing 10-20 years in jail. Culprits may also be tagged with a microchip.

The law was drafted in response to the death of Yuyun, a 14-year-old girl who was raped by a group of 14 boys and men in April in the Sumatran village of Kasiah Kasubun. Three days later she was found dead, bloody and bruised with her hands tied behind her back.

Jahja told BBC Indonesia, "Sexual violence is an emergency issue in Indonesia, but most people don't care about it. We need to be together. If not, we won't find the way out."

Yuyun's mother, Yana, said,"We don't own very much, our children are our most precious possessions," and that "They are the ones I have been struggling for my whole life." She said her daughter was a talented student who hoped to become a teacher some day.

The online discussion eventually grew into a protest in Jakarta outside of the presidential palace. Hours before, Indonesian President Joko Widodo  tweeted "We all mourn the tragic departure of [Yuyun]" adding, "Arrest and punish the perpetrators as severely as possible. Women and children have to be protected from violence."

Kate Walton, a women’s rights activist based in Jakarta who logs the death of Indonesian women at the hands of men told Time that Yuyun, "is actually just one of 44 women and girls killed by men and boys in the first four months of 2016, but her case is certainly one of the most brutal."

The National Commission on Violence Against Women reports that on average, 35 women in Indonesia face violence every day, with 70% of the cases involving sex partners or family members.

Chemically castrating pedophiles is already allowed in seven US states, Russia, Poland, Turkey and South Korea but the Indonesian Doctor’s Association has instructed its members against performing the procedure, claiming it violates their medical code of ethics.