Remove The Specs: Glasses Banned from US Passport and Visa Photos 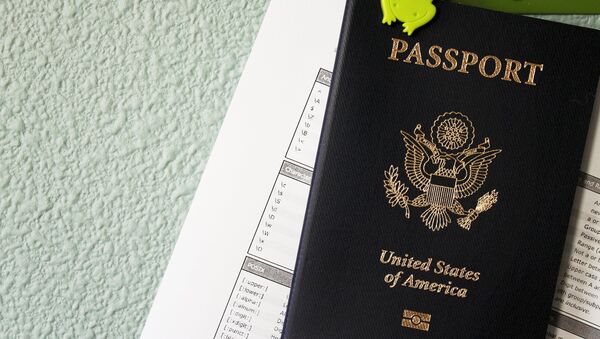 US citizens and visa applicants are no longer allowed to wear glasses on their document photos.

Bite Me! Illegal Migrant Eats His Passport to Avoid Deportation From France
All US passport and visa applicants are now banned from wearing glasses on their document photos, according to a new decision by the US State Department.  According to the official notice posted on US Department of State website, this measure will allow to significantly reduce procedural delays.

The delays happen because of "glares and shadow" cast by the glasses, according to the website. Some 20 million photos are expected for processing in upcoming year and glasses seem to be problem number one, according to the US Passport Services. Nearly 200,000 photos submitted in 2015 were of "poor quality" and therefore caused applications to be put on hold.

The exception can be made only in rare circumstances, if applicants have "documented medical necessity during urgent travel", the website says.

This does not mean people who wore glasses on their document photo must go get themselves a brand new passport right away, but they will be required to take the glasses off next time they renew their passport or visa.

Interestingly, current Russian legislation requires people who constantly wear glasses to wear them on their passport photo, but the lenses must be transparent and not to obscure person's eyes. In the past, Russian drivers were also obliged to make photos with glasses if they wore them while driving, but today this requirement is liquidated.