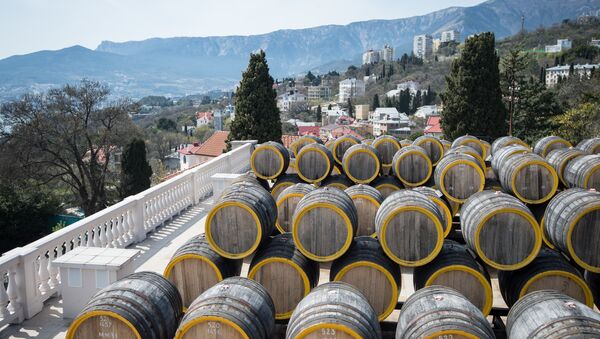 © Sputnik / Mihail Mokrushin
/
Go to the photo bank
Subscribe
According to the Massandra head, the partners are expected to showcase approved design and bottles' labels for their joint wine collection at the III Yalta Economic Forum.

Crimea Invites Italian Businesspeople to Take Part in Region's Development
YALTA (Sputnik) – The famous Crimean Massandra winery and the Italian winemakers, who are currently visiting the peninsula, launched a joint wine collection during a symbolic ceremony of 500 wine bottles plugging on Saturday.