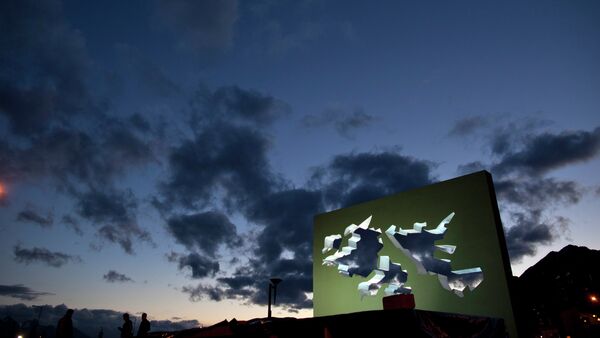 UK, Argentina Agree on 1st Joint Positive Statement on Falklands Since 1999
Argentina's Foreign Ministry reportedly summoned the British ambassador to deliver a formal complaint against the military exercises that UK is planning on the disputed Falkland islands, according to ministry officials.

The UK is planning to conduct military exercises that will include, among other things, launches of Rapier Anti-Air missiles, between October 19 and October 28. According to Argentinian position, the planned exercises are viewed as UK military operation on Argentinian territory illegally occupied by the United Kingdom.

The UK, however, claims the exercises are a "routine operation" that takes place twice a year and that Argentinian government has been properly notified of the upcoming military activity.

Argentina has claimed sovereignty over Falklands, located some 435 miles from country's mainland, for decades, which has even led to a short, but terrible war in 1982.  However, the majority of the islands' population wants them to remain under control of the United Kingdom.

Previous president of Argentina, Cristina Fernandez de Kirchner, fueled tensions over the islands over the term of her presidency. The new president, Mauricio Macri, however, displayed a more business-like approach, seeking to open new channels of communication between Argentina and the UK.

However, last month Macri claimed that he and British Prime Minister Theresa May agreed to discuss the Falklands sovereignty issue, but this claim has been later disavowed by Argentinian Foreign Ministry.

000000
Popular comments
This is so funny. The only reason the United Kingdom with his "principito" in one of the ships who almost got killed (by the way), won that war was because the United (why are they all "united"?) States intervened at the last minute when Secretary of State Haig flew in a helicopter for a few minutes over Buenos Aires and saw with his very own eyes the millions (in fact, 100% of the Argentinian population) supporting this war and ready to help in any way possible.
elsa.zardini
16 October 2016, 00:02 GMT
000000
Macri will do nothing as he is locked into the worldwide elite with whom he shares more than with any Argentine. His type is not loyal to his family, community nor his country, only to his money.