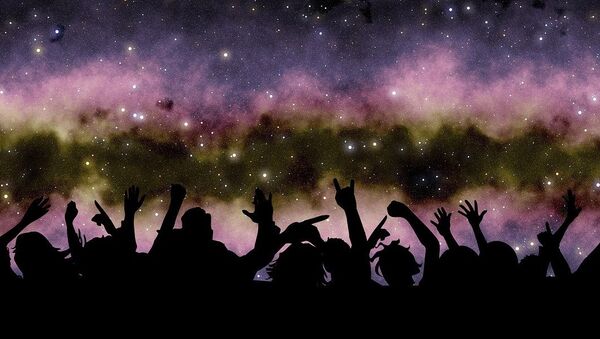 A group of scientists are inviting people from around the world to join a new "nation" in space. Asgardia "will become a place in orbit which is truly ‘no man's land."

"We want to protect the Earth from threats that can come from space," Lena De Winne, director of the Vienna-based Aerospace International Research Center (AIRC) and a senior member of "Asgardia" project told Sputnik.

"At this stage, we are offering a philosophy and the opportunity for people to become a citizen of Asgardia."

However the founding members of Asgardia have no immediate plans to send their own cohort of human beings into space just yet.

"We are not claiming to have a human launch just yet — but we are not saying it will never happen either," Lena De Winne told Sputnik.

"We just hope the project is doing something right. No one is physically flying into space, it's more about the philosophy and legality of becoming a new nation in space."

"There's geopolitics — we want the project to be seen as astropolitics,"Lena De Winne told Sputnik.

Asgardia, according to De Winne, is a result of a group of scientists who have come together with a common purpose, "and now we are open to all experts: legal, technical, humanitarian and scientific to join the new "nation."

"We welcome people from all countries — we would love people to come and join us," the former employee of the European Space Agency said.

The new space nation intends to elect its own government ministers and has already implemented a temporary management team with the intention of organizing elections.

So far, more than 100 thousand people have expressed their interest in joining the new space nation in less than two days whose intentions include saving the Earth from a potential meteor.

Citizens of the new space nation also hope to Asgardia will be legally recognized as a nation by the United Nations.

"We have begun the legal framework needed to apply to the UN for it to be recognized is a historic nation in space, we have a team of lawyers already working on this to support the project," Lena De Winne explains.

Wonder what currency this new space nation would use. #reinventmoney #Asgardia https://t.co/nLmdZIOT04

The first satellite, "symbolically carrying the new nation" will be launched into space in early 2018. The project managed by the AIRC in Vienna, Austria and is funded by Russian scientist Dr Igor Ashurbeiyli.