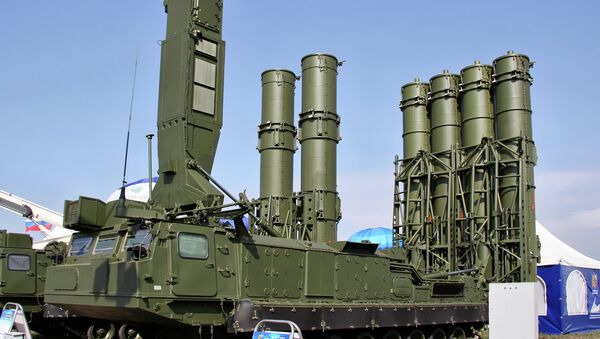 Earlier this week, the Pentagon carried out a direct attack against Houthi forces for the first time since the Saudi-led coalition launched a military campaign against the Iran-backed movement, prompting some to suggest that the Unites States could next target the Syrian Arab Army since it backs groups opposed to Damascus.

Russian newspaper Vzglyad doubted that Syria could become the next Yemen, pointing to a major difference when it comes to these conflicts.

"In Syria, America's greater engagement even in the form of a total control over [Syrian airspace] is impossible due to the presence of the Russian Aerospace Forces and air defense systems," the daily suggested.

Evgeny Satanovsky, head of the Moscow-based Middle East Institute, told Vzglyad that all reasonable policymakers in the US have been against a direct conflict with Russia regardless of what some politicians might say.

However, "even if the US Air Force launches airstrikes against Bashar al-Assads forces, it will use cruise missiles. In this case, the airstrikes will become a test for our S-300 system capable of destroying" this type of weapons, he added.

Bad News for Washington: Syrian Conflict Revealing New World Order
Satanovsky also suggested that cruise missile strikes on coastal radar sites in Yemen are not a prelude to a larger military operation in the Arab country.

"In fact, the Americans are 100 percent opposed to becoming engaged in Yemen, particularly taking into account the fact that the Houthis are fighting against al-Qaeda, not the one that the US supports in Syria and Iraq, but rather a barbaric one responsible for the 2000 attack on the USS Cole in the [Yemeni] port city of Aden. This is why the US evacuated its service personnel and a UAV base," he explained.

Washington and Riyadh 'Plan to Let Daesh Leave Mosul and Move to Syria'
Satanovsky added that the United States has boosted its military presence in African countries bordering the Red Sea, including Djibouti, but "prefers not to meddle in Yemen."

For his part, Semen Bagdasarov, director of the Center for Middle Eastern and Central Asian Studies, told Vzglyad that "Americans are actively engaged in fighting against the Houthis" through private military companies, which is a "reasonable step" for Washington "with regard to its adversary that represents Iran's interests."