Russia Will Continue to be Major Defense Partner With India 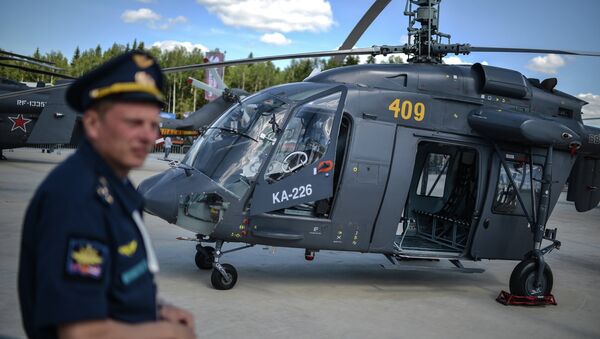 © Sputnik / Ramil Sitdikov
/
Go to the photo bank
Subscribe
India will sign a defense deal worth $9 billion in next six months. More so, the coming months will witness some of the biggest defense deals signed between India and Russia ever.

India to Ink Investment Deals Worth $400bln in Aerospace and Defense Sector
New Delhi (Sputnik) — In the backdrop of growing tension in the South Asian region, India will further expedite purchase of arms and equipment. Manohar Parrikar, Indian Minister of Defense indicated that the country would sign defense deals worth close to $9 billion in next six months.
"Over the next six months, I hope to sign another $7.5-9 billion worth of contracts, taking the total to $45 billion in last 3 years," said Indian Defense Minister Manohar Parrikar.

Parrikar stated that during the past 23 months, India had signed contracts worth $34 billion. Recently, the government signed a letter of intent with a government-run shipyard for $4.8 billion, taking the total orders to $38.8 billion.

Sources close to Ministry of Defense said that most of the upcoming defense deals will be signed with Russia. Recently, India and Russia expressed their desire to conclude the deal already approved by the Indian Defence Apex Council. Part of the deal is expected to be signed this week during the annual summit to be held in Goa. A billion dollar deal to manufacture 200 Kamov-226 T helicopters under the ‘Make in India' program is expected to be signed between the countries.

"The complex agreement to set up a joint production facility of Ka-226T helicopters is expected to be signed at the BRICS forum," said a statement by Russian firm Rostec State Corporation.

But, the intended purchase of five S-400 ‘Triumph' for the Indian Armed Forces would be the major attraction for the global arms industries for if the deal goes through as planed it will be one of the biggest arms deal between India and Russia.