Ho ho ho! Finland Seeks to Save Rudolf With 'Reindeer Bell' App
The main objective of the game Trump vs Science, developed by Jyväskylä-based game studio Psyon Games, is to shoot down tweets by Donald Trump with various "scientific" projectiles, such as books, globes or energy-efficient light bulbs. According to the developers, who by their own admission "believe that science is great," the Republican presidential candidate uses "trendy internet rumors" in an irresponsible way to appeal to public fears or for his own personal power.

According to Psyon Games CEO Olli Rundgren, the game was an attempt to help kids develop the art of critical thinking. Accordingly, the game takes up some of Trump's most notorious tweets on global warming or vaccinations.

"The President of the United States is the most influential person in the world and if he utters statements that strongly contradict science, that's very worrying," Olli Rundgren told Finnish national broadcaster Yle. According to Rundgren, the game offers consumers a more challenging entertainment than to make fun of Trump's perennial comb-over.

​The game was released in Summer and since then over 3.4 million objects have been hurled at the would-be US President's contentious tweets. At the same time, 33-year-old Rundgren argued, himself a graduate of Jyväskylä University, that the aim of the game was to criticize Trump's "anti-scientific" rhetoric, rather than the man himself. 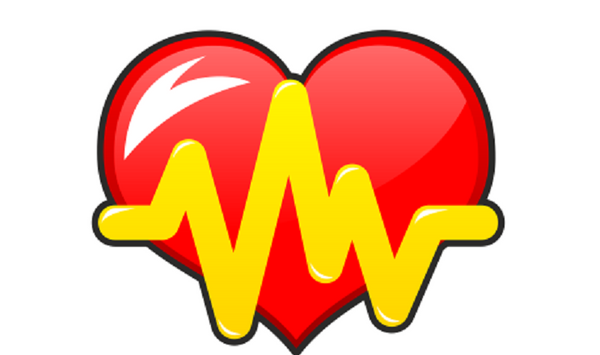 My Heart Will Go On! Finnish Smartphone App to Prevent Heart Attacks
Nevertheless, by Rundgren's own admission, the developers stand prepared for potential lawsuits from Trump himself, who is known for jealously guarding Trump-related trademarks.

"This suits our values and we don't renounce anything we have done. Even if we lose in court, this would be of great service," Rundgren argued, citing global interest as a vehicle to achieve the company's goal of leaving a mark on the world stage.

By Rundgren's own admission, Psyon Games, which was earlier this year voted one of the hottest start-ups in Finland, seeks to inspire people to get interested in science, understanding and learning. Therefore, online and mobile games are a convenient way to reach people who aren't too keen on reading.

This very expensive GLOBAL WARMING bullshit has got to stop. Our planet is freezing, record low temps,and our GW scientists are stuck in ice

000000
Popular comments
www.corbettreport.com/tag/global-warming So they are calling it global warming again? It was "climate change".
jas
12 October 2016, 17:20 GMT
000000
What is a progressive view.? It seems to be consistent with whatever some aggressive minority wants to force on the majority.
jas
12 October 2016, 17:44 GMT
000000
Newsfeed
0
New firstOld first
loader
LIVE
Заголовок открываемого материала
Access to the chat has been blocked for violating the rules . You will be able to participate again through:∞. If you do not agree with the blocking, please use the feedback form
The discussion is closed. You can participate in the discussion within 24 hours after the publication of the article.
To participate in the discussion
log in or register
loader
Chats
Заголовок открываемого материала
Worldwide
InternationalEnglishEnglishMundoEspañolSpanish
Europe
DeutschlandDeutschGermanFranceFrançaisFrenchΕλλάδαΕλληνικάGreekItaliaItalianoItalianČeská republikaČeštinaCzechPolskaPolskiPolishСрбиjаСрпскиSerbianLatvijaLatviešuLatvianLietuvaLietuviųLithuanianMoldovaMoldoveneascăMoldavianБеларусьБеларускiBelarusian
Transcaucasia
ԱրմենիաՀայերենArmenianАҧсныАҧсышәалаAbkhazХуссар ИрыстонИронауОssetianსაქართველოქართულიGeorgianAzərbaycanАzərbaycancaAzerbaijani
Middle East
Sputnik عربيArabicArabicTürkiyeTürkçeTurkishSputnik ایرانPersianPersianSputnik افغانستانDariDari
Central Asia
ҚазақстанҚазақ тіліKazakhКыргызстанКыргызчаKyrgyzOʻzbekistonЎзбекчаUzbekТоҷикистонТоҷикӣTajik
East & Southeast Asia
Việt NamTiếng ViệtVietnamese日本日本語Japanese俄罗斯卫星通讯社中文（简体）Chinese (simplified)俄罗斯卫星通讯社中文（繁体）Chinese (traditional)
South America
BrasilPortuguêsPortuguese
NewsfeedBreaking
09:17 GMTMan Utd Manager 'Wouldn't Be Surprised' If Cristiano Ronaldo Still Played Football When He's 40
09:16 GMTTwo People Killed, 6 Injured in Explosion in Eastern Afghanistan, Source Says
08:46 GMT'Indian Press is Much Better Behaved': Biden Takes a Jibe at US Media During Meeting With Modi
08:24 GMTFBI Confirms Probe Into Alleged Attack on Female US Service Member by Afghan Evacuees at Fort Bliss
08:12 GMTOverprotected: Britney Spears' Father Monitored Singers Texts and Calls, New Documentary Says
08:09 GMTCanadian Catholic Church Apologises to Indigenous People for Abuse in Residential Schools
07:38 GMTWomen in Afghanistan Loved Fashion Until Taliban Took Over
07:22 GMT'Can't Get This to Function at All': 'Confused' Joe Biden Suffers Mic Malfunction at Quad Summit
07:19 GMTEuropean States to Remain US 'Underlings' Without Wake-Up Call After Paris Humiliated
07:18 GMTChina Warns US Will 'Dump' India, Australia, and Japan as Four Nations Convene for Quad Summit
07:14 GMT5.8-Magnitude Earthquake Strikes Ocean Off South Africa, USGS Says
07:03 GMTCNN Anchor Chris Cuomo Mum on Sexual Harassment Allegations Against Him
06:51 GMTUK Labour Party in Hot Water for Inviting Huawei to Conference
06:40 GMTBiden's National Security Adviser May Be Guilty of Perjury Over Clinton Campaign's Russiagate Plot
06:33 GMTBoris Johnson 'Ready to Give Visas to 5,000 Foreign Truckers' Amid UK's HGV Driver Shortage Crisis
05:04 GMT'War Criminal': Watch Crowd Boo Hillary Clinton as She Accepts Queen's University Chancellorship
05:00 GMT'Agroexpress' to Offer Exporters Online Shipment Applications
04:37 GMTPakistani Prime Minister Calls for International Support for Taliban-led Afghan Government
04:30 GMTHello There! Adorable Retriever Wants to Come In
04:24 GMTLive Updates: Quad Leaders Pledge to Produce 1 Bn Doses of COVID-19 Vaccines by End of 2022