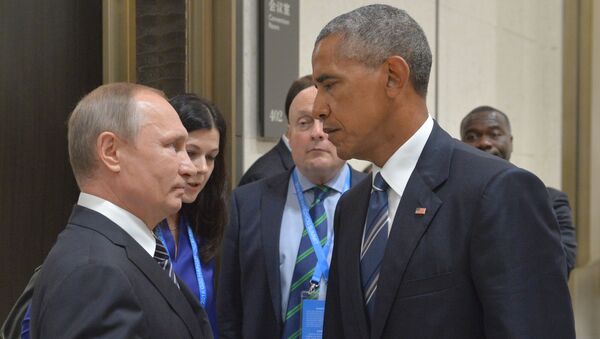 Four days after publicly accusing the Russian government of hacking into the Democratic National Committee (DNC), the Obama Administration has announced plans for what it terms a “proportional” response.

On Friday, the US Department of Homeland Security and the Office of the Director of National Intelligence released a statement formally accusing Moscow of attempting to influence the US election by hacking into servers belonging to the DNC. It followed a series of informal accusations against Russia for the hacks, also made without evidence.

On Tuesday, the White House offered some idea of how it plans to respond.

"There are a range of responses that are available to the president and he will consider a response that is proportional," White House Press Secretary Josh Earnest told reporters.

"The president has talked before about the significant capabilities that the US government has to both defend our systems in the United States but also carry out offensive operations in other countries."

He added that whatever action the US decides to take will not be announced to the public in advance.

Speaking to Radio Sputnik, Ohio State University Professor Emeritus of International Law John Quigley pointed out that the basis for the decision is largely ungrounded.

"Well, it seems a bit ambiguous. The statement said that it is consistent with methods used which is a formulation that falls short of saying that they definitely know what is going on," Quigley said.

"Speculation a week or so ago was that the United States would not come out with these accusations because it raises the question of what it could do next," he added. "The likelihood is that it will not do much. I think that probably the president wanted to make this information public but that he doesn’t really have in mind any specific countermeasure."

The Russian government has dismissed the allegations against it as part of a "hysterical campaign."

Speaking to Russia’s Channel One broadcaster, Russian Foreign Minister Sergey Lavrov stated, 'When I discussed the issue with US Secretary of State [John] Kerry last time, I told him that we have had some consultations. After all, we also do not want our nationals to engage in cybercrime. This can be turned against Russia."

"We do not want to cause any damage to other countries as well," Lavrov detailed, adding, "It is funny, that there is quite a hysterical campaign underway in the context of the elections debates [suggesting] that we have hacked the sites of the Democratic Party and Pentagon."

Lavrov said that Kerry expressed interest in bilateral consultations over the issue, but apparently the White House derailed the overture.