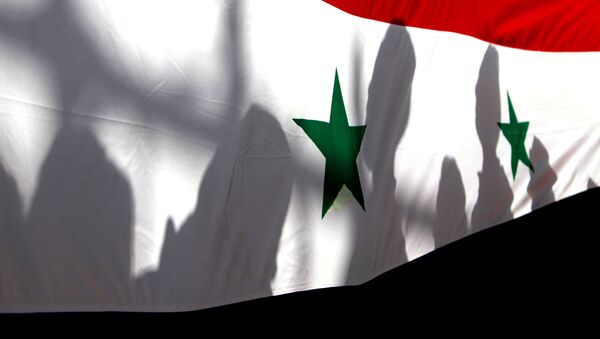 Tension over the conflict in Syria has continued with British MP Andrew Mitchell likening Russia's military intervention to that of the Nazis during the Spanish civil war. Moscow has rejected such claims, in what has been a common theme of accusation and denial throughout the war.

Ahead of a UK House of Commons debate on the situation in Syria, Mitchell said Russia had "shredded" international law through its military support for Syrian President Bashar al-Assad, comparing Moscow's actions to that of fascist regimes in Germany and Italy in the 1930s.

"We are witnessing events which match the behavior of the Nazi regime in Guernica in Spain," Mitchell said, referring to Russia's use of its UN Security Council veto to block proposals aimed at ending airstrikes on the city of Aleppo.

​"They are destroying the United Nations and its ability to act, in the same way the Germans and the Italians destroyed the League of Nations in the 1930s."

US Refusal to Work With Russia on Syria Beneficial for Terrorists
The comments come amid an increase in rhetoric, with French Foreign Minister Jean-Marc Ayrault confirming that he would ask the International Court of Justice to launch a war crimes investigation into Russia's actions.

Despite the claims and purported evidence from the West, Russia has denied accusations of war crimes, saying that its airstrikes have never deliberately targeted civilian sites, while blaming western-backed rebel forces for continuing the fighting and undermining the chance of peace in Aleppo and other parts of the country.

​Critics argue that Russia's objectives have primarily been to shore up the position of their ally, president Assad, who has also been accused of widespread attacks on civilians throughout the course of the war.

However Moscow has fired back at critics, justifying its action by highlighting that it is supporting a legitimate, internationally recognized government, noting that western powers have backed a series of rebel groups, some of which have been accused of following Islamist ideology.

The #UK selling arms is a war crime in itself. #UN #Russia #Syria #Aleppo #Slaughter

​While the constant arguing and denials between major powers has been frustrating, it has also exposed the varied and complex set of alliances and circumstances that have contributed to the five-year-long conflict.

Critics have also taken aim at the western strategy, arguing that training and arming so-called "moderate" rebel groups is a dangerous path to pursue and that it could prolong the conflict and lead to more armed groups defecting to join jihadists organizations such as Daesh.

​On top of strategic criticism, the US has also been accused of a series of attacks on civilians, such as an airstrike on a small village north-east of Aleppo in May, which claimed the lives of more than 50 civilians and was described as a "massacre."

Meanwhile, last month, Russian Defense Ministry officials accused the US of covering up certain rebel forces' shelling of residential neighborhoods, accusing Washington of carrying out a "verbal curtain" that is "aimed at hiding the non-fulfillment of the US obligations."

USA calling for Russia/Syria to be investigated for war crime. 🤣🤣 Too funny. Bombed any hospitals lately bro?

​The US-led coalition has defended its actions in Syria, however, arguing that rebel forces must be given support in their struggle against Daesh and the Assad government.

While Kurdish forces have been widely praised for their effective anti-Daesh campaign on the ground and their liberal, democratic approach to governance, even some Kurdish groups have been accused of war crimes throughout the conflict in Syria and Iraq.

A report released by Amnesty International earlier this year claimed some Kurdish forces were engaged in land grabs and a form of ethnic cleansing through the forced removal of people from some disputed areas and the razing of some Arab villages.

People that say this have no idea what they are saying. Syrians wish it was another Libya.

​Various Kurdish militant have worked alongside the West, Russia and the Syrian government throughout the conflict, while they have defended their actions by rejecting the claims and arguing that they have merely taken control of certain villages to avoid further Daesh influence.

The five-and-a-half-year long conflict in Syria has claimed the lives of 400,000 people and displaced more than 4 million from their homes, according to the UN.