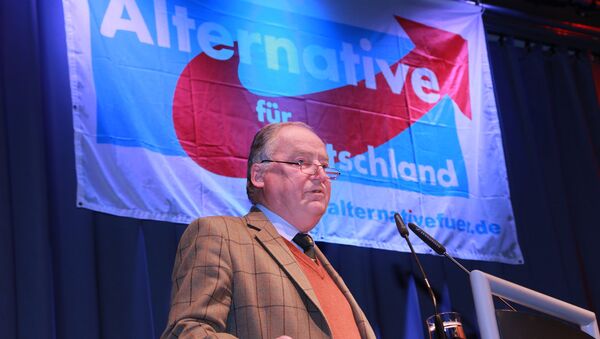 MOSCOW (Sputnik) — Last week, German broadcasters ZDF and Frontal21 revealed that AfD allegedly was Kremlin's companions as the party's senior officials were reportedly in close contact with the Russian government.

"[Such claims] are nonsense. The story told about my one-day visit to St. Petersburg, during which which I indeed talked with political advisers, and advisers of [Russian President Vladimir] Putin. However, we are not agents of influence of Russian foreign policy, and will never be those," Gauland said.

He added that he had repeatedly encountered similar kind of "criticism," but never took it seriously.