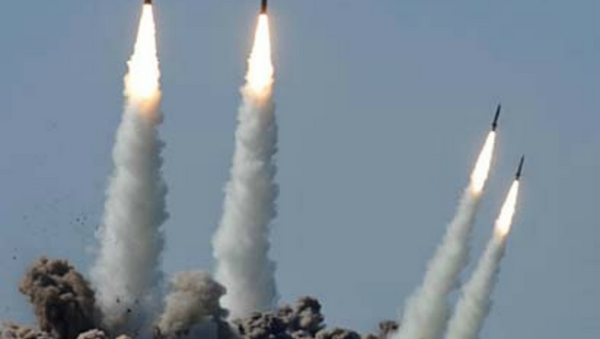 Russian officials downplayed the significance of the deployment of the Iskander nuclear-capable ballistic missile system to the Kalinigrad outpost near the Baltics saying that it is part of routine drill.

The media rushed into a frenzy this week reporting that “Russia has nuclearized the Baltics” after Moscow deployed the Iskander nuclear-capable ballistic missile system to Kalinigrad near the Baltics leading to protests from Estonia, Poland and Lithuania who warned the posturing by Russia could exacerbate growing regional tensions.

The Russian defense ministry issued a statement saying that the deployment was done in plain sight and was far from a secret while military officials went on to explain that the placement of the mobile missile system is part of a routine drill and that it should not be read into too deeply.

"First of all, the authors behind the fuss should know that the Iskander missile system is a mobile one," said a ministry spokesman, General Igor Konashenkov. "As part of the combat training plan, units of the missile forces throught the year improve their marching capabilities by covering great distances across the territory of the Russian Federation in various ways: by air, sea and on their own."

The spokesman explained that the movement in Kalinigrad "is no exemption here" and that the system would be relocated in the future "as part of the military training of the Russian armed forces."

Despite the explanation for the positioning of the advanced nuclear-capable system, some neighbors and regional states voiced opposition to the movement citing it as another example of “Russian aggression.”

"Recent activity by the Russian Federation raises concerns," Poland’s Defense Minister Antoni Macierewicz said on Saturday saying that the country’s military was in "permanent readiness" mode to ward off any potential security threat posed by Russia to Poland and its allies.

"The deployment not only increases tensions in the region, but also possibly violates international treaties," claimed Lithuania’s Foreign Minister Linas Linkevicius in a statement to Reuters promising to raise the matter during the next meeting between Russia and NATO officials.

The deputy head of the defense committee in the Russian Federation Council Frants Klintsevich suggested that neighboring states “should not fear” the move because it is “part of a drill” to ensure preparedness of the country’s military forces which are “not at war” with anyone.

Nonetheless, the incident does not occur in a vacuum as even though the Russian government assures that the exercise is routine, the West has grown increasingly hawkish towards Moscow starting with the "Summer of Provocation" by NATO placing an unprecedented number of troops along Russia’s border during massive military drills and more recently with the United States lobbing unfounded accusations at Moscow of allegedly intervening in the American election.