Lithuanians to Vote in Parliamentary Elections on Sunday 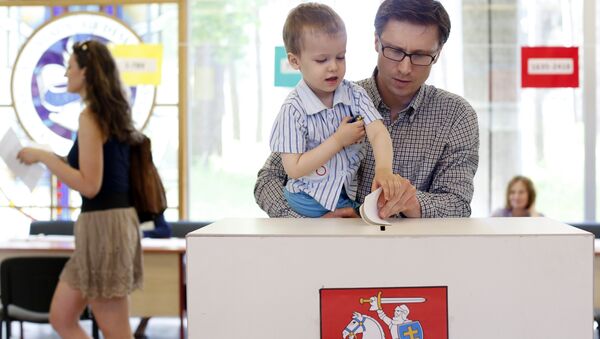 Lithuanian citizens are expected to cast their ballots on Sunday in the national parliamentary elections.

Lithuania Welcomes 350 Belgian Troops for Joint Army Drills - Defense Ministry
MOSCOW (Sputnik) – Some 3 million of the nationals are expected to come to 1,996 polling stations throughout the country to elect members of its 141-seat unicameral parliament. Total of 16 political parties will participate in the parliamentary election.

According to Lithuania’s legislation, 70 lawmakers will be elected in a nationwide constituency under a proportional system, and 71 lawmakers in single mandate constituencies under a majoritarian voting system.

According to the Spinter Tyrimai poll, commissioned by the Delfi.lt news portal and carried out on September 19-27, three parties are expected to lead in the election: the Social Democratic Party would gain up to 15.6 percent, the Peasant and Green Union would gain 12.4 percent, and the Conservative Party would gather 10.5 percent of the votes.