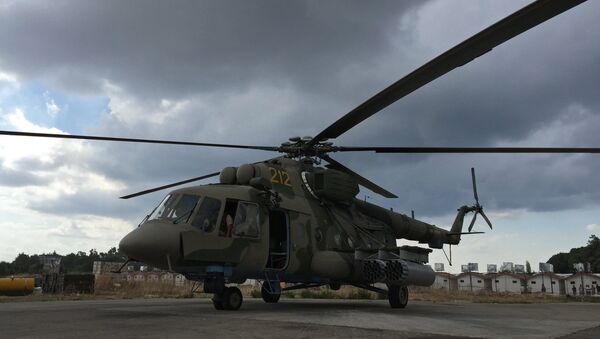 Russian helicopter delivering humanitarian aid to Syria's Hama was attacked by Daesh militants from manpads,although the crew managed to dodge the missiles, according to the statement of the Hmeymim Reconciliation center.

"Due to the high altitude, early launch detection and the crew's skill in maneuvering, the missile was dodged. Nobody on board of the helicopter was injured," the statement read.

The Daesh militants reportedly received two MANPADS from Iraq on October 6 to ensure the air defense of militants fighting the government forces trying to take control of the road from Hama to Aleppo.