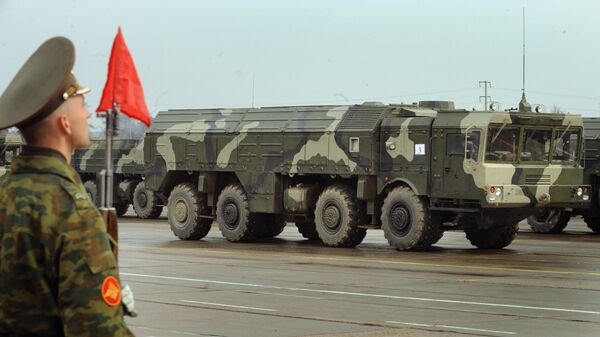 Russian Defense Ministry spokesman said that Moscow made no secret of sending Iskander missile systems to Russia's Kaliningrad region as their moving within the country is a standard army practice.

Earlier in the day, media reports cited a source in the US intelligence saying that Russia was deploying Iskander-M mobile missile systems in Kaliningrad.

"First of all, the people behind this hype need to know that Iskander ballistic missile system is mobile. As part of the plan of combat training, missile troops units are engaged in march training on a year-round basis, covering great distances of the Russian territory in various ways: by air, sea, and on its own power," Konashenkov said.

"Kaliningrad region, where the units of missile troops were sent several times and will be send within the combat training of the Armed Forces again, is not an exception," he added.

The spokesman noted that no one made a secret out of the system's transportation.

According to Konashenkov, one of the Iskander systems was intentionally exposed to the US reconnaissance satellite flying over in order to clarify the parameters of the spacecraft's operations.