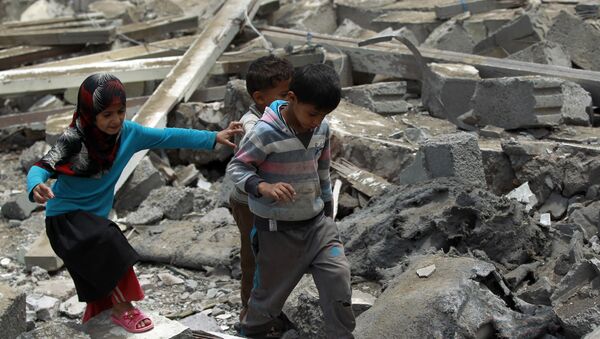 A new report published by War on Want has shown that the UK government is playing a key role in arming repression throughout the Persian Gulf. According to the report, they are "making a mockery" of any commitment to democracy and human rights.

The UK Government is allegedly training sniper units, selling tear gas, delivering covert surveillance technology, as well as being complicit in state violence in the Gulf.

The report, "Arming Repression: The New British Imperialism in the Persian Gulf," lifts the lid on the murky and loosely connected network of British state and corporate actors, operating in the Gulf region

​The report reveals that since 2010, the British Government has approved 6,000 export licenses to arms companies, totalling a combined value of US$19 billion.

It is no secret that the British Government have regarded the Gulf States as strategic partners, according to War on Want. It is also not the first time that the UK has been accused of arming countries that openly violate human rights laws. Only recently, the British Government found itself under scrutiny for arming Saudi Arabia, who in turn, are leading a bombing campaign in Yemen, which has resulted in countless civilian deaths.

"It is clear we need to know the detail of what this secretive Gulf Strategy Unit is up to, who is involved and what its overall objectives are. It's time too for an immediate ban on exports of arms and repressive technologies and an inquiry into training provisions for regimes, where there is a risk of supporting internal repression and human rights abuses," Vicki Hird, director of policy and campaigns at War on Want, told Sputnik.

"This investigation shows that it possible to link the export of sniper rifles and tear gas, and the training of security forces by the UK, to the violent crackdown on pro-democracy protests across the region. Even the UK Armed Forces Minister has admitted that 'it is possible that some members of the Saudi Arabian National Guard, who were deployed in Bahrain, may have undertaken some training provided by the UK military.' In addition, there is evidence that birdshot sold by three UK companies was used to suppress Bahraini protesters, with cartridges bearing company logos found at protest sites. Our military and corporate role in repression needs to be stopped."

John Hilary, executive director at War on Want, said that this is the latest chapter in a long and violent history of British imperialism in the Persian Gulf.

"The UK government's renewed military and economic strategy is putting the UK's access to oil ahead of any commitment to democracy and human rights. It's time for an immediate ban on exports of arms and repressive technologies where there is a risk of use for internal repression or human rights violations," John Hilary said in a recent statement."

"The government has a serious case to answer when clandestine meetings between public intelligence and security agencies form the basis of the UK's role in arming repression in the Gulf. It's time the government came clean on the personnel, objectives and activities of the government's secretive Gulf Strategy Unit."

Dr. Sam Raphael, the report's author and senior lecturer in International Relations at the University of Westminster, said that their investigations have uncovered the true extent of the British complicity in state violence in the Persian Gulf.

"In addition to UK support for the illegal Saudi bombing campaign in Yemen — through arms sales, targeting advice and intelligence sharing — our report details for the first time the sheer scope of weapons exports and training provided to regimes in the Gulf in order to police their own populations," Dr. Raphael said in a statement. 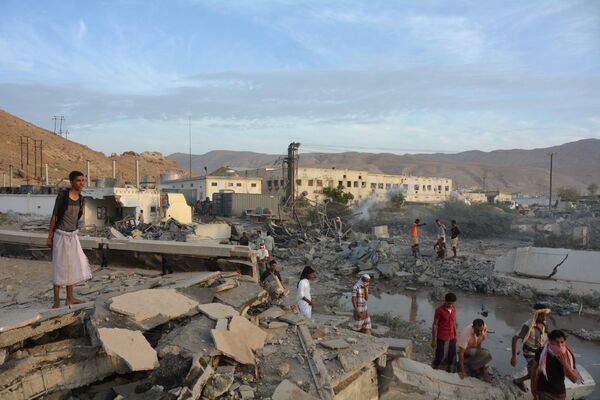 "From the sale of vast quantities of tear gas and other crowd control tools, to the training of sniper units used to put down pro-democracy protests, the UK government, working closely with a large number of private companies, are key partners for repressive regimes in the Gulf, with devastating consequences for democracy and human rights."