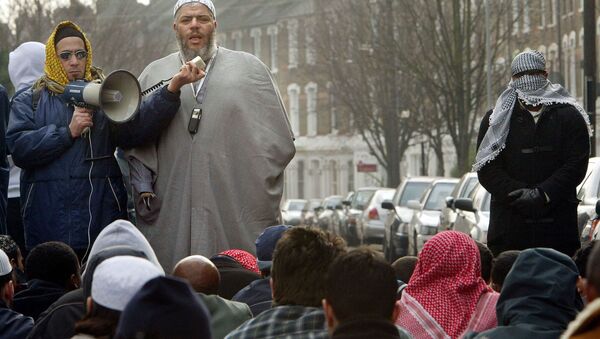 Britain is to allow radical anti-gay Muslim preacher Hamza Sodagar, to enter the UK to give a series of lectures, despite calls for the Home Office to retract his visa by human rights campaigners.

Sodagar is scheduled to deliver a series of lectures in London in October, despite appearing in an online video six years ago, purporting the punishment of homosexuals by beheading.

​Footage reveals him telling an audience: "If there's a homosexual man, the punishment is one of five things." Sodagar then lists the cruel examples, promoting human rights activists to urge the Home Office in Britain to ban him from entering the UK.

Sodagar's lectures are supported by the Ahlulbayt Islamic Mission at the Islamic Republic of Iran School in London.

​The Ahlulbayt Islamic Mission has defended its decision to host Sodagar, saying in statement: "The unfortunate rise of right-wing extremism has resulted in a malicious campaign to misconstrue the positions of Islam and dehumanize Muslims."

The Home Office said it did not comment on individual cases.

"An individual can be excluded on the ground that their presence is 'not conductive to the public good' if it is reasonable, consistent and proportionate based on the evidence available."

Terror Threat in UK Greater Than Ever Before: Home Secretary
The decision by Britain's Home Office not to retract the visa of a known radical preacher comes at a time when Europe is facing an increased threat from extremist-related terrorism and repeatedly failed attempts to deport radical hate preachers in the past.

It took the Home Office eight years. 15 court cases and cost British taxpayers US$31 million to deport hate preacher Abu Hamza, who was finally extradited to the US to face terrorism charges on October 5, 2012.

Radical cleric Abu Qatada, another well-known name in the headlines and among politicians, fought for eight years against his deportation to Jordan. Qatada, described as a "truly dangerous individual" and involved in al-Qaeda-related terrorism, was deported from the UK in July 2013, despite claiming that he had evidence that torture could be used on him in Jordan.

UKIP 'Like Rats in a Bag': More Infighting as Newbie Leader Diane James Quits
​However, extreme right-wing politician Geert Wilders succeeded in having his UK travel ban overturned in 2009, after winning an appeal at a Home Office tribunal. The Dutch politician has publicly praised former UKIP leader, Nigel Farage.

"…The home office was wrong to grant him a visa and should now revoke it. The cleric should be ordered out of the country."