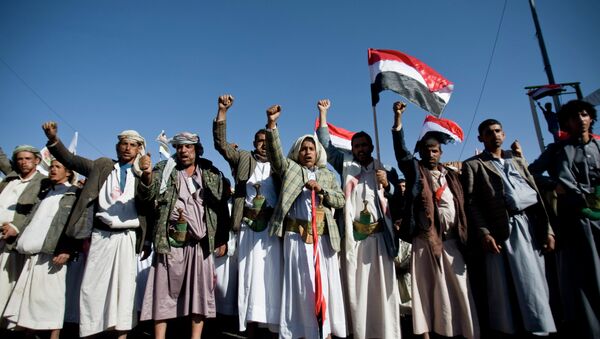 The Iranian Foreign Ministry called the reports on Iranian Deputy Foreign Minister's visit to Yemen for talks with the leaders of the Houthi movement "fabrication."

On Thursday a Saudi newspaper, Al Watan, alleged that Iranian Deputy Foreign Minister for Arab and African Affairs Hossein Jaber Ansari had traveled to the Yemeni capital Sana'a for talks with the Houthis.

"Fabrication of such news by Saudi media takes place while the route to Sana'a has been closed for several months and Saudi Arabia does not even allow Yemeni nationals to travel" to the city, spokesman Bahram Qassemi was quoted as saying by Press TV.

The Saudi media outlet claimed that the Iranian official had asked the Houthis to announce the formation of a new government in cooperation with the Yemeni political party of General People’s Congress.