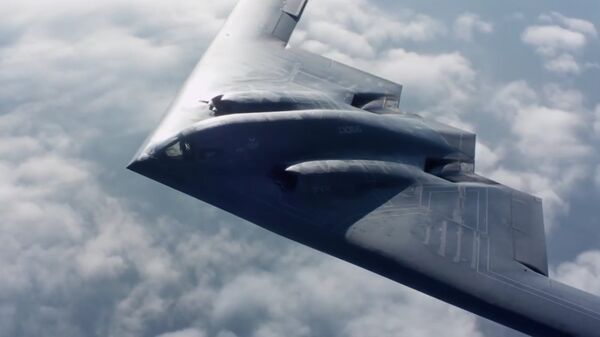 Amid efforts to modernize its nuclear stockpile, the US test-dropped two dummy nukes in the Nevada desert earlier this month.

To that end, the Air Force conducted successful tests with two B61 nuclear bombs. Neither carried a live warhead.

"The primary objective of flight testing is to obtain reliability, accuracy, and performance data under operational representative conditions," reads a statement released by the National Nuclear Security Administration (NNSA).

"Such testing is part of the qualification process of current altercations and life extension programs for weapon systems."

The 700-pound bombs were dropped by B-2 bombers over a test range in Nevada.

"The B61 is a critical element of the US nuclear triad and the extended deterrent," said Brig. Gen. Michael Lutton of the NNSA, according to the statement.

In addition to building 400 new missiles to replace the aging Minuteman ICBMs, the Air Force is also in pursuit of a new nuclear cruise missile known as the Long Range Standoff (LRSO). The former program is estimated to cost roughly $85 billion. The LRSO development is expected to cost at least $20 billion.

In addition to cost concerns, a number of Congressional lawmakers have fought to abandon the LRSO program on humanitarian grounds, arguing that a new nuclear weapon puts world peace at risk.

US officials seem unlikely to bow to these concerns, as this month’s tests demonstrate.