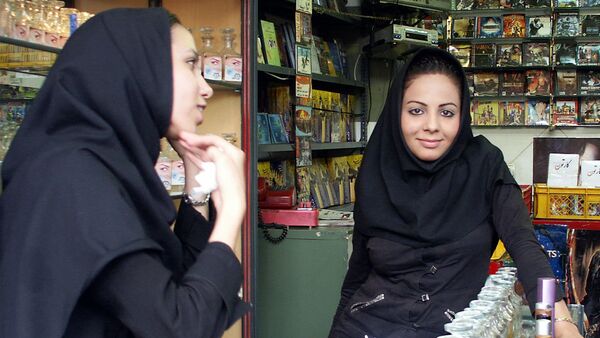 It's not only locals, but also residents of neighboring countries and even people from Canada, Australia and the US who are choosing Iran for their plastic surgery. Specialist in plastic surgery Dr. Alireza Fadaei Nayani spoke to Sputnik about some of the peculiarities in his line of work and why it is so popular in Iran.

Medical tourism is certainly one of the new trends in Iran. The high quality of plastic surgery, patients' satisfaction and low prices have led to a growing number of people willing to go under the knife in Iran.

The Vogue of Plastic Surgery: Exploring the Unhealthy Obsession With Beauty
In addition to its upscale health services, Iran attracts foreign tourists with the aim of getting their plastic surgery done there. According to reports, most of those who plan to carry out cosmetic surgery in Iran's medical institutions are citizens of the Middle East, Central Asia, Europe, Australia, the United States, as well as Iranians living abroad.

Dr. Alireza Fadaei Nayani, a specialist in plastic surgery and associate professor of the University of Medical Sciences told Sputnik why Iran, in comparison with other countries, is attractive for foreigners in terms of plastic surgery.

One of the most interesting topics in medicine is its history, believes Dr. Nayani.

"What is now called  plastic surgery has actually been around since 600 BC. Ancient books such as the Sushruta Samhita, a well-known Sanskrit text on surgery, mention that those who lost their noses as a result of punishment had them reconstructed with the help of plastic surgery," he told Sputnik Persian in an interview.

"Despite the fact that many books and historical documents related to medicine were lost because of the attacks of the Arabs and of Alexander the Great on Iran, some evidence of ancient plastic surgery can still be found. For example, a skull with an artificial eye found in the burnt city of Zabol," the expert added.

Dr. Nayani also recalled the ancient Encyclopedia of Medicine (al-Hawi) written by Persian scientist al-Rāzī, an important figure in the history of medicine: "This is a rich source of knowledge in medical science, including the field of plastic surgery. The author describes how to properly carry out nose surgery."

However, techniques for modern professional plastic surgery began their development in the 19th century.

"After the Iran-Iraq war, due to the large number of injuries sustained during combat operations, plastic surgery in Iran received another impetus. Now there are more than 300 high-level experts in various fields of plastic surgery in our country.

What is Plastic Surgery in Fact?

Contrary to popular opinion, plastic surgery is not just for beauty, Dr. Nayani explained. "The term 'plastic surgery' is derived from the Greek word 'plasticos', which means a form or a sculpture. This largely relates to the field of beauty, but in reality plastic surgery is a type of general surgery and has five main areas."

Robotic Surgery Offers Less Numbers of Surgery and Greater Ability
The first one focuses on the hands and the peripheral nerves: it includes surgery of the nerves, tendons, correction of congenital anomalies in hands and even the removal of tumors in the hand. According to Dr. Nayani, in this area, Iran is the most advanced country in the world.

The second area is in organ restoration, which significantly developed after the Iran-Iraq war. A lot of professional Iranian doctors work in this field, the expert noted.

Another area popular among Iranian surgeons is dental and maxillofacial surgery, which corrects congenital anomalies of the skull and cures tumors and fractures in the bones of the jaw and the skull.

The fourth area deals with severe burns. "In Iran, many advanced burn care centers are researching how stem cells can be cultured and how nanotechnology can be used to treat burns," Dr. Nayani revealed.

"I must say that Iran is one of the countries where this area is well developed and comparable with the world's leading countries. By the number of operations carried out, Iran is also a leader in this field in comparison with other countries," the specialist said.

"Now, thanks to the fact that Iranian doctors have acquired so much experience because of the large number of people willing to have cosmetic surgery, the quality of surgery in Iran can compete with countries such as the US and the UK," he continued.

Why People Are Doing Plastic Surgery

The most common cosmetic operations are done on the nose (rhinoplasty) and the eyelids, Dr. Nayani told Sputnik. 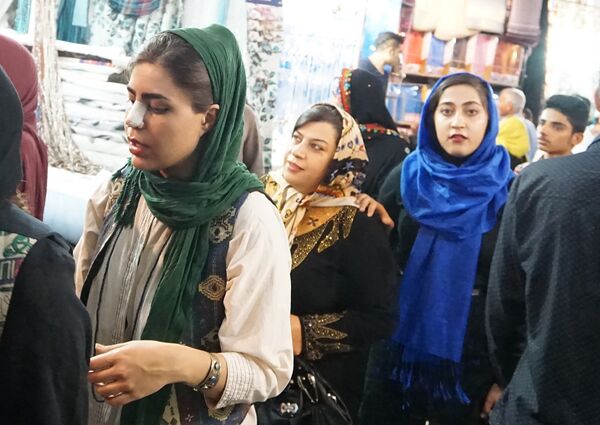 According to him, the growing popularity of plastic surgery is due to employment problems and social issues. The trend to replace inner beauty with external beauty, and a desire to look like a also motivates people to go under the knife.

"Interestingly, in most cases, those up to 20-years-old usually make their decision based on friends, classmates or relatives. People from 18 to 25 mostly focus on the Hollywood stars, and their main incentive is the desire to be more beautiful. From the age of 25 to 30 years, if the person is married, their spouse plays a significant role in their decision. At the age of 30 to 35, the most common reason for cosmetic surgery is comparing oneself with others," said the doctor.

At the same time, people are more oriented to Internet trends. The level of education, social status, work, personal and family situation also play an important role, both in the choice of the type of surgery and in the decision to do it.

A Barbie Girl in a Barbie World: Swedish Girl With a Cartoon Appearance
Negative Factors

"Unfortunately, there is no system that effectively regulates cosmetic surgery in Iran. Perhaps this is because other areas are a priority for the government. Under these conditions, and also due to a lack of sufficient training, the quality level of some operations may be reduced," Dr. Nayani explained.

Reduction in the quality is sometimes caused by financial problems that push non-specialists to conduct cosmetic surgery. In seldom cases, the assistant rather than professional surgeon has been found carrying out the operation.

"However, despite these problems, plastic surgery in Iran is at a high level. This allows Iran to easily compete with the West and expand its presence in the global arena of plastic surgery," Dr. Nayani concluded.