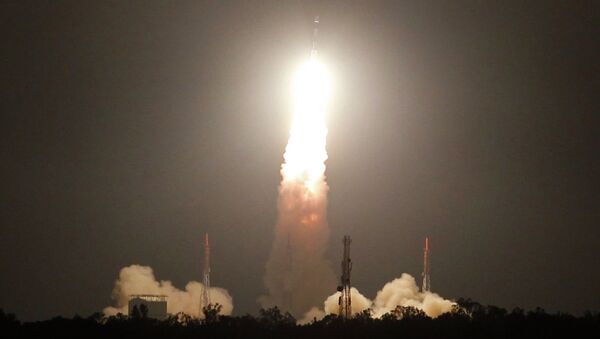 The Indian government has started a new framework that will provide an edge to Indian armed forces in the Asian region.

New Delhi (Sputnik) – The Indian Air Force (IAF) will soon receive approval from the Indian Space Research Organization for its own dedicated satellite. Air Vice Marshal Sandeep Singh Commandant of the Aircraft & Systems Testing Establishment (ASTE) said that the plan to have a dedicated satellite for IAF was on the move.

“The plan is in progress and we should soon have a dedicated satellite. It certainly does increase the efficiency of our critical missions,” said AVM Sandeep Singh.

Group Captain Ajey Lele (Retired), space and national security expert from the Institute of Defense Studies and Analyses explained why the satellite was needed.

The Indian Regional Navigation Satellite System (IRNSS) or indigenous navigation system would be another important part of the Network Centric Warfare Program. The IAF has started moving into this direction and has already made receivers for using indigenous GPS. “A navigation system like the IRNSS is a necessity for both civilian and military use. All the three services and particularly the Air Force are in the process of integrating this into their aircraft,” said AVM Sandeep Singh.

IRNSS is considered a more accurate navigation system in comparison the GPS system developed by the US. Apart from supporting various military requirements, IRNSS can be used for target identification and weapon launching systems. India had created its own navigation system in April this year with the successful launch of its last of the seven satellites of IRNSS.

Apart from these, Sputnik had reported earlier that India intends to purchase high powered radar systems and other strategic items that will add strength to armed forces' nascent space command project.