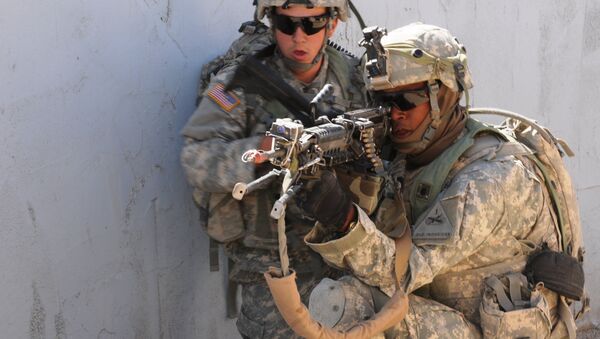 Ekaterina Blinova
All materialsWrite to the author
It looks as if the Pentagon has taken over the reins of the US foreign strategy, Canada-based political analyst Oussama El-Mohtar told Sputnik, commenting on the disruption of US-Russian cooperation on Syria. According to El-Mohtar, this is a very dangerous precedent.

It looks as if the White House has yielded its decisions regarding Syria and its US-Russian relationship to the Pentagon until a new administration emerges, Oussama El-Mohtar, a Canada-based political analyst and author, told Sputnik, commenting on Washington's decision to suspend cooperation with Moscow on Syria.

"The disruption, as far as I can see, means one thing: given the disagreement between [Secretary of State] Kerry and the White House, the US administration has yielded its decisions regarding Syria and the overall confrontation with Russia to the Pentagon until a new administration emerges," El-Mohtar noted in his interview with Sputnik.

US Coalition Strike on Syrian Army: 'Revenge of the War Hawks' Amid Ceasefire
"This is a very dangerous precedent," the political analyst emphasized, "The military is supposed to execute strategic decisions as set out by the administration. The situation in the US right now points to a reversal of these roles whereby the military is the one setting the strategic objectives and executing them."

The scholar believes that the US Air Force's strike against the Syrian Arab Army's positions near Deir ez-Zor was a deliberate action aimed at thwarting any Russian-American cooperation, while the hit on the UN convoy heading to Aleppo "was meant to draw condemnations against Syria.

"Could the two have been perpetrated by the same group? Of course they could; most likely they were," he stressed.

According to the scholar, there appears to be three different policy centers in Washington: the White House, which does not want a military escalation in Syria; US Secretary of State John Kerry, "who disapproves but toes the line"; and the Pentagon, "which disapproves but is doing everything to obstruct [US President Barack] Obama's approach."

El-Mohtar referred to the fact that Kerry, who has long been regarded as a proponent of a peace solution in Syria, has turned out to be "the guy" who had repeatedly called for attacking Damascus.

"I've argued for use of force. I stood up. I'm the guy who stood up and announced we're going to attack Assad because of the weapons, and then you know things evolved into a different process," Kerry said in a leaked recording obtained by The New York Times. 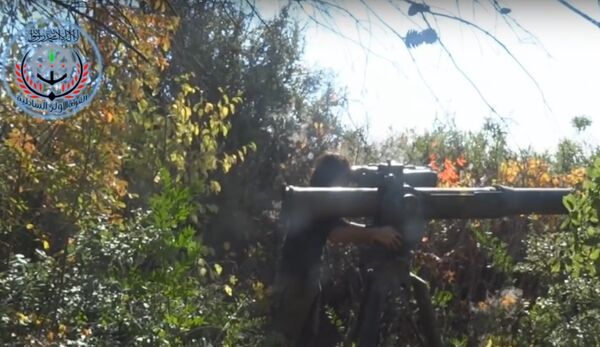 UNSC Meeting on Syria is 'Another Information Attack Against Russia'
The political analyst pointed out that "the US administration is in its final days, and it is going to take a while before a new and maybe coherent US foreign policy will evolve." However, given the fact that Hillary Clinton stands a good chance of winning the US presidential election, the situation in Syria may become even more complicated.

"As for Hillary Clinton and her increasing chances of becoming the next US president, let's not forget that she is a hawk, and that part of her reasons for leaving the State Department — other than distancing herself from Obama before the elections — was a serious disagreement with him over Syria," El-Mohtar underscored.

Indeed, as the New York Times revealed, back in summer 2012 then Secretary of State Hillary Clinton and David H. Petraeus, then director of the CIA, "joined forces on a plan to arm the Syrian resistance" to topple President Bashar al-Assad.

However, the White House did not approve the Clinton-Petraeus plan.

"Let's give the White House and President Obama, personally, credit for blocking the hawks in his administration from going to war in Syria," American investigative journalist Bob Dreyfuss wrote on February 8, 2013, in his article for The Nation.

And here we go again.

"Mrs. Clinton was in favor of direct military intervention, which Obama opposed. A Clinton presidency therefore could see an escalation and an intensification of the global conflict with Russia beginning in Syria," El-Mohtar stressed.

"One of the strategic US goals is world hegemony. They were a main player behind the dissolution of the USSR and the main beneficiary thereof for a couple of decades. The last few years have seen a resurgence of a strong Russia that is aiming to regain its position as a world superpower. The US will do — and is doing — everything it could to stop that from happening. Its moves to expand NATO to Russia's doorstep and the destabilization of the Middle East all points to that direction," the author elaborated. 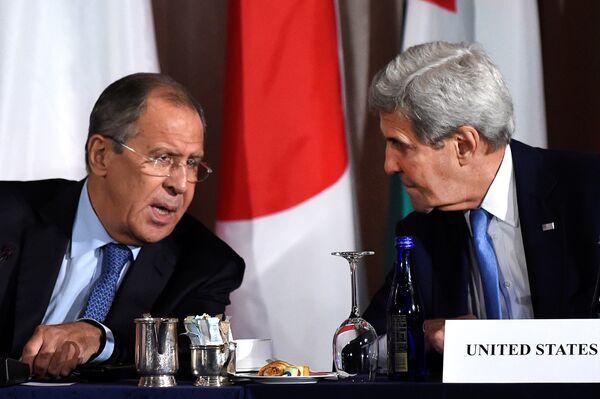 'Do You Realize What You've Done?': West Remains Deaf to Putin's Call on Syria
The scholar drew attention to the fact that America's "New Middle East" strategy calls for the disintegration of the region along sectarian and racial lines.

"This is not in Russia's interest as those fault lines could extend into Russia proper or its surrounding areas," he stressed.

Right now the Fertile Crescent — the region in the Middle East which curves through Iraq, Syria, Lebanon, Jordan, Palestine and Sinai — has become a battle ground for the Muslim Brotherhood, the Saudi-backed Wahhabis (the two Sunni movements) and Shiites. Wahhabi Saudi Arabia and predominantly Shiite Iran remain the two major contenders for the leadership in the region.

"And, let us not forget Israel, planted as a Jewish State in the heart of the Fertile Crescent," the scholar remarked.

What is desperately needed in this situation is a strong secular state, immune to religious and sectarian strife, according to the political analyst.

"I believe it is in Russia's interest to support a strong secular state based on a secular unity between Syria and Iraq, instead of disintegrating the region into small endlessly fighting sectarian fiefdoms. Every weakness in Syria or Iraq will not benefit Russia, but will benefit one or more of the aforementioned religious states," El-Mohtar underscored.

United Secular Syrian State is a Bulwark Against Chaos

The author expressed his concerns regarding Ankara's extending its mandate for the use of Turkish troops in Iraq and Syria for cross-border operations.

"Turkey's designs on northern Syria and Iraq are well known. Turkey was never satisfied with the Lausanne Agreement of 1923. They wanted Mosul and Aleppo to be added to the rest of the Syrian and Iraqi lands ceded to them by the allies in 1923 and they believe their chance has come now," El-Mohtar told Sputnik.

"They are using the Kurdish expansion into a new state of Kurdistan as one excuse, and fighting ISIL [Daesh] as another. While the first excuse could be genuine, the second is not," he suggested.

The scholar recalled that Turkish decision-makers had been spotted colluding with Daesh militants in Syria. Indeed, last December the Russian Defense Ministry released satellite images which showed crude being smuggled from Daesh-controlled oil fields in Syria to Turkey.

El-Mohtar emphasized that Russia "should be very weary" of Turkey's further incursion in Syria.

The scholar deems that the Kremlin needs to "work to reintegrate lands ceded from Syria and Iraq to Turkey back into these two countries." As El-Mohtar noted in his previous interview with Sputnik, only a united and sovereign Syrian state could prevent the Middle Eastern region from being dragged into chaos.