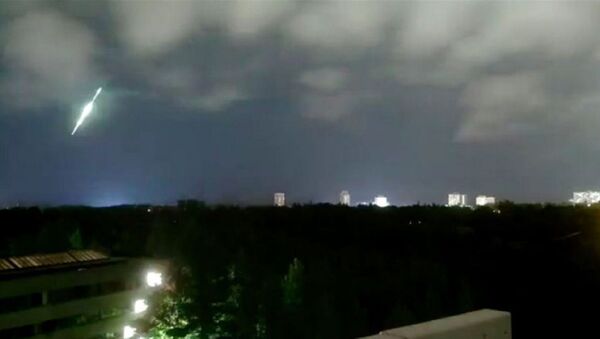 A massive fireball, visible along the east coast of the United States and Canada, appeared to be so close that many people panicked, believing they had just witnessed a plane crash.

The fireball was visible in Pennsylvania, Massachusetts, New Jersey, New York, and parts of Canada at around 10:40 PM EST Tuesday night. The unusual celestial event was so big and bright that people frantically called police and local news outlets with fears that a plane had crashed.

According to NASA, however, the bright light zooming across the night sky was most likely a meteor from the Orionid Meteor shower.

“The Orionids formed from the debris of Halley’s comet, and are known for appearing ‘bright and quick,’” NASA said, according to CBS Pittsburgh.

While the Orionids are typically not as noticeable as the Perseids or Geminids, they have been known to occasionally produce up to 20 meteors in an hour. The Orionids become visible each year in October, as the Earth, orbiting around the Sun, passes through debris created by Halley's Comet.

Halley's Comet itself is only visible from Earth every 75 years, and the next viewing will be in 2061.