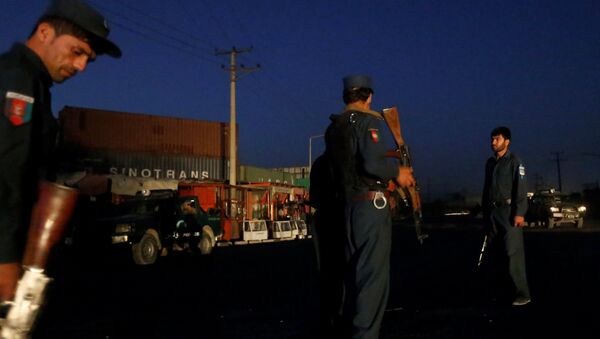 BRUSSELS (Sputnik) — Afghanistan's neighbors should play a more active role in the region in order to bring prosperity and peace to the country, US Secretary of State John Kerry said Wednesday.

"I urge Russia, China, Pakistan, India and Iran to think about the special role that they could play in this region in order to help make a major difference not only in the long term economy and future and social structure of Afghanistan but in reaching peach with the Taliban," Kerry said at the Brussels Conference on Afghanistan.

000000
Popular comments
Hey, Secretary Kerry, here is a thought for you. Why don't you fix your own mess (Afghanistan) rather than meddling in other countries affairs and trying to provoke world wars.
cage123au
5 October 2016, 12:24 GMT1
000000
Her you have US ho messing up the world. Messing up Afghanistan and then they ask adder country to clean up??? Clean up the mess by your self US. You created this.