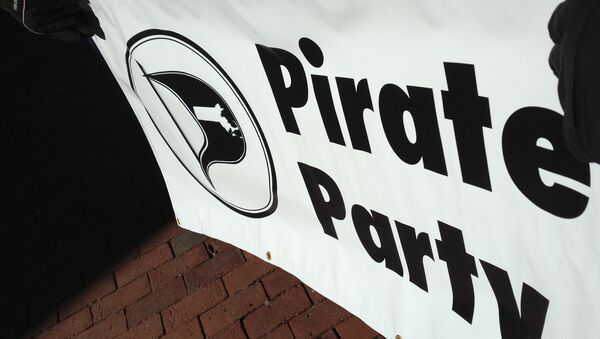 © Flickr / jamie_okeefe
Subscribe
Government money was mixed up in the offshore tax scandal that ensured after the Panama Papers leaks in 2016.

Iceland's Pirate Party to the Rescue of Democracy Lost at Sea
The Pirate Party, founded in 2012 by a group of Internet activists, has continued to gain popularity in the polls among people in Iceland disaffected with mainstream politics following the 2008 financial meltdown and revelations that government money was mixed up in the offshore tax scandal that ensued after the Panama Papers leaks in 2016.

The party's co-founder Birgitta Jonsdottir, formerly of WikiLeaks, recently outlined her views on democracy "for 2030 and beyond."

"I think it's extremely important to get citizens involved.

"We should simply go out and ask people, 'What do you think is important?' Ultimately, it's their passion that will bring that into action," Jonsdottir told the audience at the Geneva Graduate Institute.

And the political climate is certainly warming up to Iceland's Pirate Party. The current government was left with no choice but to promise an early election in October after Prime Minister Sigmundur David Gunnlaugsson resigned after the Panama Papers revealed details of wife's offshore accounts.

Look here under due to panama papers leak prime minister of Iceland stepped aside to inquire against him. pic.twitter.com/YTr7MYuKFy

"We have elections in Iceland in a few weeks but nobody knows what will happen. The established parties are falling apart and nobody can believe it," Jonsdottir told the audience in Geneva.

While Pirate parties exist in many countries across the world, they're making the most amount of noise in Iceland where they hold three parliamentary seats.

Originally formed in Sweden in 2006, their black and white flag depicts a skull and crossbones.

With Birgitta and Asta in the Pirate Party offices in Iceland's Parliament. pic.twitter.com/oIK5r5j7X8

Time for the people of Iceland to take back the power of politics Vote! October 29th.#PirateParty pic.twitter.com/CVfLbzpXak

Birgitta Jonsdottir, who has helped shape the parties policies has pledged to offer citizenship to NSA whistleblower Edward Snowden and pledged to reshape copyright enforcement rules and accept the virtual currency, bitcoin.

Powerful video of Ed explaining how technology can improve the world—when it works for us, not the other way around. https://t.co/2inyQGBDqC

There are 63 seats in Iceland's parliament, the party which wins 32 or more seats gets to form a majority government, however it's usually the top two parties that end up forming a ruling coalition government.

The Independence and Progressive parties each hold 19 of the 63 seats. The other seats are split between the Social-Democratic Alliance party, Left Green Movement, and Bright Future.

Recent polls put the anti-establishment Pirate Party ahead of the traditional and more conservative Independence Party, which suggests it could form Iceland's next government, taking the wind right out of the sails of Europe's mainstream politicians on October 29, 2016.