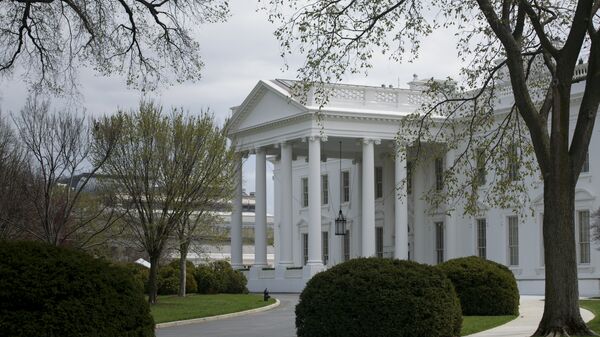 Russia has been forced to suspend the 2000 Plutonium Management and Disposition Agreement (PMDA) with the United States since Washington did not appear to be willing to fulfil its obligations to dispose of at least 34 tons of weapons-grade plutonium that could be used to produce approximately 8,500 nuclear weapons.

Military analyst Igor Korotchenko pointed to Washington's double standards with regard to the deal on weapons-grade plutonium.

"The United States promotes signing agreements only in those areas it can benefit from. In an opposite case, the US simply does not fulfil its obligations," he told Russian TV-channel Zvezda. "The non-compliance with this deal once again points to Washington's devil-may-care attitude when it comes to its own promises and international law."

The Plutonium Management and Disposition Agreement was signed in 2000 and updated in 2010. The Plutonium Disposition Protocol signed by Russian Foreign Minister Sergey Lavrov and then US Secretary of State Hillary Rodham Clinton on April 13, 2010, reaffirmed that both countries were committed to "transparently" disposing surplus weapons-grade plutonium "from their respective defense programs, thereby preventing the plutonium from ever being reused for weapons or any other military purpose."

"However, virtually right away the US made attempts to revise disposal strategies," Zvezda asserted. "In particular, new plans were unveiled under which plutonium was supposed to be buried and not irradiated."

Russia Ending Plutonium Treaty Not Linked to US Suspending Syria Ceasefire
Initially, both countries agreed to get rid of weapons-grade plutonium by using it as fuel in civil power reactors. In this case, the radioactive element is blended with natural uranium, reprocessed uranium or depleted uranium to produce mixed oxide (MOX) fuel.

According to Zvezda, Russian experts were against storing plutonium in underground facilities, arguing that its disposal would not be irreversible. "In other words, this plutonium could be once again used to produce weapons," the TV channel said.

Earlier this year, three experts from Stanford also said that burying nuclear waste was a risk-prone strategy that had to be revised.

Russia
Russia Outlines Terms for Resuming Plutonium Disposal Agreement With US
In April, Russian President Vladimir Putin lambasted the US for not delivering on its obligations under the deal. "We have met our commitments, and constructed the necessary facilities. The US has not," he said.

Putin also warned that the dilution and disposal method, which Washington now wants to use, allows nuclear fuel to retain its "breakout potential," meaning that "it can be extracted, processed and weaponized again. That is not what we agreed on."

"However, the 'plutonium bluff' was not the only reason which prompted Russia to [suspend] the PMDA," Zvezda noted. "The United States has lately made steps leading to changes in strategic stability. In particular, [Washington] has scaled up its military presence in Eastern Europe" as part of NATO's increasingly assertive stance close to Russia's borders.

In the last two years, the North Atlantic Alliance has created additional command and control centers in post-Soviet nations, deployed additional troops on a rotational basis to the region and drastically enhanced its war-gaming.