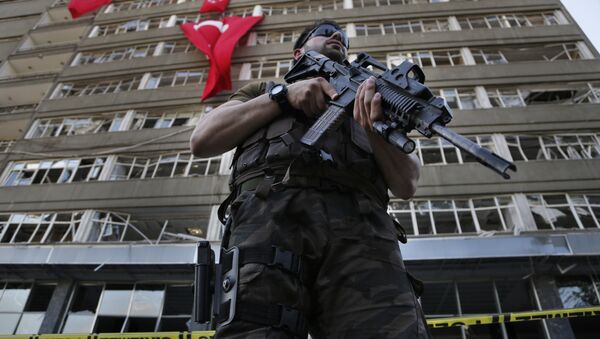 The Turkish government suspended from duty on Tuesday 12,801 police officers, pending a probe into their suspected links to a terrorist group led allegedly by US-based cleric Fethullah Gulen.

Turkish Police Detain Brother of Gulen Ankara Believes to Be Behind Coup Attempt
MOSCOW (Sputnik) — Of those suspended, 2,523 were police chiefs, the Daily Sabah newspaper reported, quoting a press statement by the Turkish security general directorate.

Thousands of civil servants, military and police officers, judges and educators have been laid off or suspended on the same claim in the months following the failed July 15 putsch.

The Turkish authorities say the coup attempt by a small military faction was masterminded from abroad by Gulen, a Muslim cleric whom Ankara wants extradited from the United States on charges of terrorism.