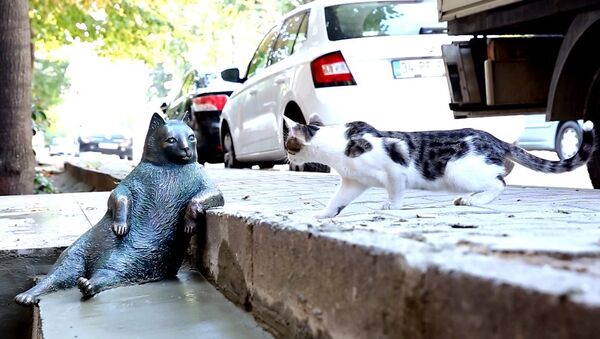 The Turkish cat known worldwide for his relaxed pose was immortalized in the form of statue on World Animal Day.

Once there was a cat called Tombili. He lived in Istanbul and just liked to sit with a contemplative look, leaning on the pavement with one paw.

Soon, Tombili became famous among Internet users all over the world for his very special "like a boss" posture, captured in a photo that later became an iconic meme.

On August 1, Tombili died. Internet users launched a petition in which they asked the local government to make a statue for their beloved cat.

Two months later, the sculpture was placed on his special spot. Designed by Seval Sahin, who decided not to wait for an official permit, the cat's sculpture marked World Animal Day, celebrated on October 4.