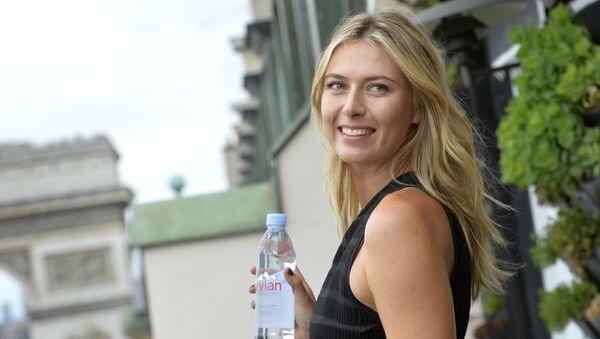 The Court of Arbitration for Sport (CAS) said Tuesday it had ruled to reduce the 2-year disqualification over doping use of Russian tennis player Maria Sharapova to 15 months beginning on January 26, 2016.

Russia
Take That! Russian Tennis Star Maria Sharapova Takes 'Anger Management' Course
MOSCOW (Sputnik) – The five-time grand slam champion appealed on June 9, 2016 to CAS seeking to reduce a two-year doping ban issued on June 6 by a tribunal appointed by the ITF. Sharapova was tested positive for meldonium at January's 2016 Australian open. Sharapova claimed that she has taken meldonium for health issues since 2006 and didn't know that it was added to the list of banned drugs.

"The CAS Panel in charge of the matter has reduced her period of suspension, by nine months, from two years to fifteen months, beginning on 26 January 2016," CAS said in a statement.

Earlier in the day, Russian Tennis Federation Shamil Tarpischev said that Maria Sharapova will be able to take part in competitions from April 26 next year after the reduced ban runs out.

Sharapova reacted positively to the ruling, reiterating that she took responsibility for unknowingly taking a banned substance and blaming the ITF for failing to provide timely information on newly banned substances to its members.

"I also learned how much better other Federations were at notifying their athletes of the rule change, especially in Eastern Europe where Mildronate is commonly taken by millions of people… Now that this process is over, I hope the ITF and other relevant tennis anti-doping authorities will study what these other Federations did, so that no other tennis player will have to go through what I went through," the tennis champion wrote on her Facebook page.