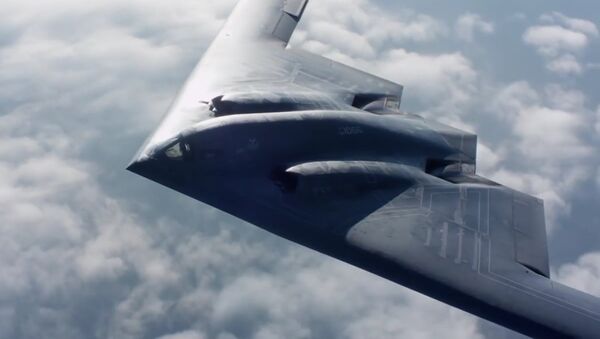 CETC described the device as the first "single-photon quantum radar system" in the country that uses entangled photons to detect objects that remain invisible to existing systems.

China Goes All Out to Become 'Global Aviation Power'
If true, this will come as bad news for the Pentagon which has heavily invested in stealth as the key game-changing technology in defense. The DoD's latest procurements include the costly Lockheed Martin F-35 Lightning II stealth multirole fighter and the USS Zumwalt (DDG-1000) guided missile destroyer that also has stealth capabilities.

This is how it works. A quantum radar generates pairs of entangled photons, sending one particle into the air. This enables the system to obtain "critical information about a target, including its shape, location, speed, temperature and even the chemical composition of its paint from returning photons," Stephen Chen explained.

'Great Leap Forward': Chinese Satellite Uses Quantum Teleportation Technology
In theory, a quantum radar needs only one returning photon to determine an object's composition, the direction it is headed and its speed.

This might sound like something from a science fiction novel, but the radar, according to CETC, has already been tested. The system intercepted targets located 100 kilometers away during a recent field trial, but some say that the maximum range could be greater.

"The figure in declassified documents is usually a tuned-down version of the real [performance]," Professor Ma Xiaosong, a physicist at Nanjing University, told South China Morning Post. "The announcement has gone viral [in the radar research community]."

Gap, Narrowing: Russia, China to Challenge West's Air Supremacy
The new system, according to CETC, has additional advantages, including small size and resilience to countermeasures.

CETC designs and manufactures advanced electronics and communication equipment, information systems, software and components for military and civilian purposes. The state-owned company comprises research institutions behind some of the major technological breakthroughs in the country. They are said to have developed electronics for China's first nuclear bomb, guided missile and geo-orbital satellite.