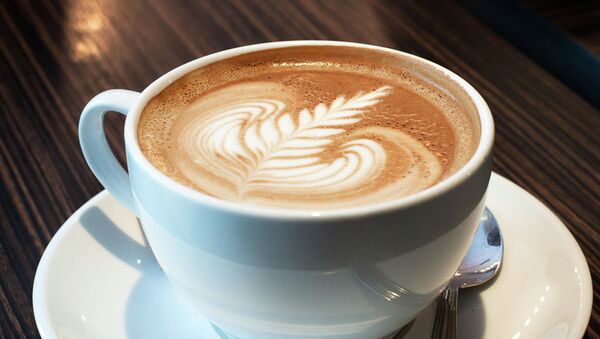 Coffee drinkers, take comfort: your beverage of choice may be helping your brain, according to evidence from a new study in the Journals of Gerontology.

"The mounting evidence of caffeine consumption as a potentially protective factor against cognitive impairment is exciting, given that caffeine is also an easily modifiable dietary factor," the study's lead author and psychology professor at the University of Wisconsin-Milwaukee, Ira Driscoll, told the Milwaukee Journal-Sentinel.

Study results, first published online in late September, found that older women who consumed more caffeine suffered less cognitive impairment in the form of dementia. The study tracked 6,467 women who self-reported their caffeine intake over ten years. Those who drank more than 261 milligrams of caffeine saw their risk of developing dementia or some other form of global cognitive impairment drop by 36 percent. This is a significant relationship, researchers say, though it stops short of establishing cause and effect.

Getting that much caffeine would take three regular eight-ounce cups of coffee, five or six cups of black tea, or more than seven cans of Coke. (Or, according to the Center for Science in the Public Interest, one 12-ounce cup of Starbucks brewed coffee.)

That may sound like a lot, but the FDA and several other major food safety authorities call 300 to 400 mg per day "moderate consumption," which is not associated with adverse health effects in most healthy adults. Studies over the past 20 years have found that American adults consume between 165-300 mg of caffeine a day on average.

"While we can’t make a direct link between higher caffeine consumption and lower incidence of cognitive impairment and dementia, with further study, we can better quantify its relationship with cognitive health outcomes," Driscoll explained in the Milwaukee Journal Sentinel. "Research on this topic will be beneficial not only from a preventative standpoint but also to better understand the underlying mechanisms and their involvement in dementia and cognitive impairment."

The study used participants from the Women’s Health Initiative Memory Study, funded by the National Heart, Lung, and Blood Institute, who had reported some level of caffeine consumption. Driscoll and her colleagues gathered data using questions about how often and how much coffee, tea and cola beverages the women drank, and combined that with information gathered from yearly assessments of cognitive function over a period of up to ten years.

Caffeine and its relationship to dementia has been studied many times, as the new research noted in its conclusion. Their findings, suggesting lower odds of cognitive impairment in older women consuming more caffeine than the group’s baseline average, "are consistent with the existing literature showing an inverse association between caffeine intake and age-related cognitive impairment," the authors wrote.

The study also noted its demographic limitations, specifically that it was confined to postmenopausal women, many of whom were highly-educated, as well as reporting limitations, in that the researchers did not collect data about caffeine sources beyond caffeinated beverages, meaning consumption could be underestimated.

"Further research is needed in order to assess or confirm the exposure through more objective, biological assays compared to self-reported caffeine intake, and also to isolate potential acute effects that caffeine may have on cognitive performance," the study says.