Donald Trump a Role Model? US Senator Regrets Her Answer 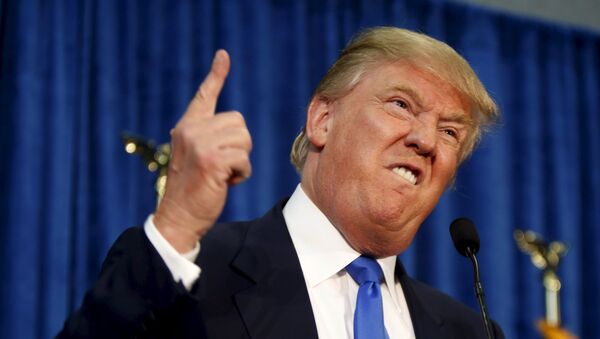 While the Republican senator has refused to publicly endorse her party’s presidential candidate, she indicated on Monday night that Trump is "absolutely" a role model for children. Kelly Ayotte regretted those comments immediately.

During a debate between the incumbent New Hampshire senator and her challenger, New Hampshire Gov. Maggie Hassan, on Monday night, Ayotte was asked if she would consider Donald Trump to be a positive role model for children.

Her response seemed a bit cobbled together.

"Well, I think that certainly there are many role models that we have, and I believe he can serve as president, and so absolutely I would do that," Ayotte said.

Given that Trump has made a regular habit of mocking the disabled and denigrating women based on their appearance, Ayotte’s answer is already being used in a Hassan campaign ads. Realizing this mistake, the senator immediately attempted to dial back her remarks.

"I misspoke tonight," she wrote in a statement.

"While I would hope all of our children would aspire to be president, neither Donald Trump nor Hillary Clinton have set a good example and I wouldn’t hold up either of them as role models for my kids."

It remains to be seen what voters will make of this flip-flop. Social media users were quick to criticize the senator.

Massachusetts Senator Elizabeth Warren, among the most vocal critics of Trump, accused Ayotte – and the GOP writ large – of failing to stand up to the presidential candidate’s divisive rhetoric.

Ayotte has followed the lead of a number of Republican lawmakers throughout the campaign, who have attempted to distance themselves from the controversial presidential nominee. Defending her seat in a liberal state, Ayotte has been especially hesitant to link herself to Trump.

As Trump a role model? In the last three days alone, the billionaire has been publically accused of sexually harassing former employees, ordered to halt fundraising for his charity over alleged improper use of funds, and shown to have avoided paying income taxes for nearly two decades.

Not exactly the reputation of your typical Sesame Street guest.