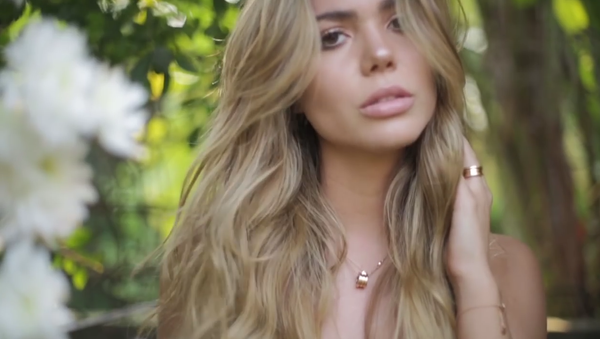 © Photo : Youtube/ Playboy Revista
Subscribe
Lucía Rubio, a young Argentinian girl born into the family of a priest in a poor neighborhood of Cordoba, has shot to fame on the strength of her amazing beauty.

During a casting for models held in one of the city’s districts,  Lucia, who had just turned 23, immediately caught everyone’s eye, including that of the event’s organizer, Jorge Zonzini, who became her manager.

Before long the Argentinian beauty started turning heads sauntering down catwalks across the nation and making appearances on TV.

Lucía is also the first Argentinean model to simultaneously appear on the cover of Playboy magazine and the Spanish newsmagazine Interviú.

“If God wished to give me this body, then why should I feel ashamed to show it?” Lucia explained to her father her decision to pose naked for a men’s magazine.

Right now Lucía Rubio is preparing to try her luck as an actress having landed a part in an Argentinian movie and a role in Velvet – a Spanish television series, which takes place in the 1950s and 1960 and displays the beautiful clothing and cars from that period.