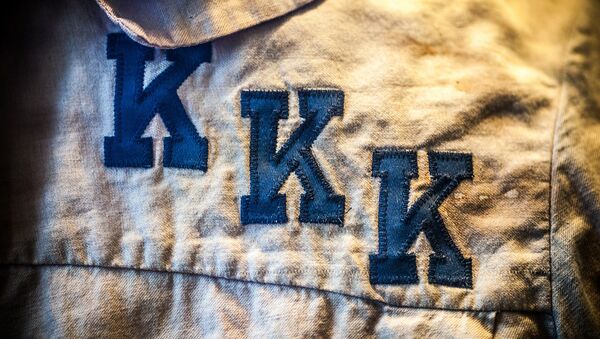 The Wiregrass Ranch High School students wore pointy white hoods with holes cut out for the eyes during spirit week. Another student wore a confederate flag as a cape, but was asked to remove it and did not end up being disciplined

Initially, it was said that the students wearing the white sheets and hoods, two of which are Hispanic and one Middle Eastern, were attempting to dress up as ghosts, but the school’s superintendent is not convinced.

Despite the fact that the students are themselves minorities, parents are concerned about growing racial tensions in the district.

“Since our kids kneeled at the football game last week, there’s been a lot of racial tension in the community,” parent Dee Green told CBS. “Never would I have expected that students, or even families, would have taken it as far as wearing Ku Klux Klan paraphernalia to the school.”

The school has not publicly disclosed what disciplinary actions the students are facing, but stated that it would be in accordance with their code of conduct. Under the school’s policy, their actions fall under “harassment based on race” and could face up to a 10-day suspension.