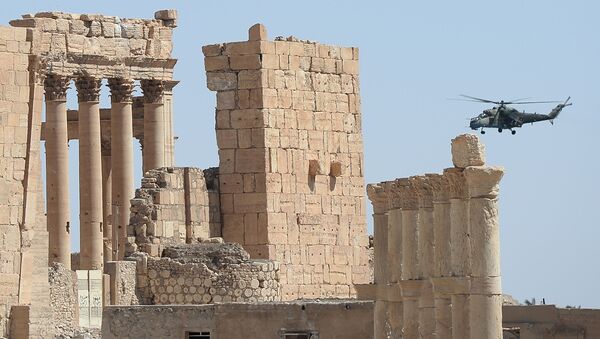 Russia is growing disenchanted with the prospects of cooperating with Washington in Syria, US author Patrick Lawrence writes, adding that the Pentagon "did its best to jawbone" the Syrian ceasefire agreement "into oblivion."

Moscow has seemingly become disenchanted with the idea of Russo-American cooperation in Syria and with good reason, American author and columnist Patrick Lawrence deems.

"The Americans did nothing, as in nothing, to eliminate what is called the marbling of supposedly moderate rebels from those of supposedly more radical stripes," Lawrence notes in his article for The Nation.

He argues, however, that this was impossible for practical reasons alone: "It is prima facie impossible to require rebel militias of any kind to leave their own towns and cities to fight in unfamiliar districts."

On the other hand, it became clear that, while supporting the so-called "moderate Islamists" the US has never sought to establish a sound democracy in Syria. "The last thing Washington wants in the Arab world is democracy, as any history book can make plain," the US columnist remarks.

'Third Force' Throws a Wrench in Syrian Ceasefire Plans
"As Moscow has finally grasped, there is no persuading the Americans to drop their obsession with advancing another coup in the [name] of great-power rivalry. From here on out, we can forget about this iteration of the Reagan era's 'freedom fighter' narrative. And we can dismiss the Obama administration's 'strategic ambiguity' as to its objectives in Syria as so much rubbish," Lawrence underscores.

Furthermore, the US author continues, the Pentagon officials did not hesitate to show their opposition to the Syrian agreement brokered by Secretary of State John Kerry and Russian Foreign Minister Sergei Lavrov.

As Lt. Gen. Jeffrey Harrigan, commander of the United States Air Forces Central Command, put it:  "I'm not saying yes or no. It would be premature to say that we're going to jump right into it."

In other words, Lawrence highlights, the Pentagon official openly announced that the Department of Defense (DOD) "may or may not follow an order issued by civilian authority."

Commenting on the issue, Stephen F. Cohen, professor emeritus of Russian studies at Princeton University and New York University, stressed in the course of his interview on The John Batchelor Show that in a Constitutional democracy where the military is clearly subordinated to the civilian leadership, such a statement is extraordinary.

"We've come to a point in this craziness, in this New Cold War with Russia where the DoD is openly saying it may or may not obey President Obama. If the DoD will say that publicly, you can imagine the opposition in Washington to the Syrian deal [US Secretary of State John] Kerry brokered with Russian Foreign Minister [Sergei] Lavrov," Professor Cohen emphasized.

US-Russian Deal: 'DoD Openly Saying It May or May Not Obey Obama'
According to Lawrence, the Pentagon's stance could not go unnoticed by Russia and obviously raised many eyebrows in the Kremlin.

The US columnist stresses that the American bombing of the Syrian Arab Army positions near Deir ez-Zor dealt a major blow to the ceasefire deal and expresses his suspicions that the strike was purposeful.

In any event, "the Pentagon did its best to jawbone the accord into oblivion, which was its intent from the first," the columnist emphasizes.

According to Lawrence, since the very beginning of the Russian air campaign in Syria, Moscow's aims have been clear and transparent.

"It wants to destroy the Islamic State [Daesh] and al-Nusra [Front] and, with no great regard for Assad, preserve the central government so that a political settlement of one kind or another can be negotiated," the US columnist underscores, adding that both goals clearly contradict the plans of US hawks and Democratic presidential nominee Hillary Clinton. 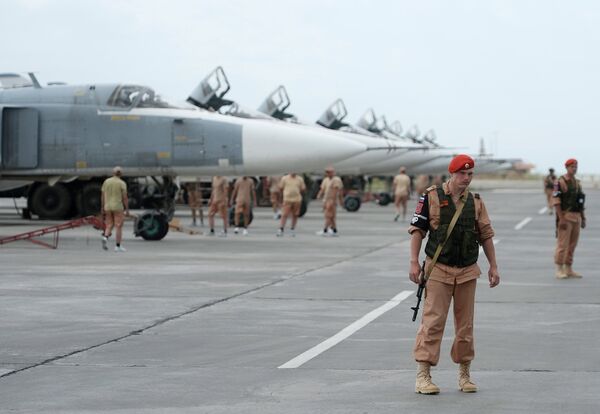 President of the Centre for Strategic Communications Dmitry Abzalov echoes Lawrence. In his interview with RIA Novosti, he assumed that Russia has become disillusioned about its cooperation with the US.

He noted that while striking the ceasefire deal, Moscow was ready to make sacrifices in order to stabilize the situation. However, Washington has once again demonstrated that it does not control the structures which are formally subordinated to it. In light of this it is very hard to make any deal with the Obama administration.

Abzalov believes that Washington will continue to exert pressure on Russia, mostly in the information and diplomatic fields. He underscored that the main source of intimidating scenarios related to Russia is the Pentagon.

"With a few months left until the present American administration's retirement, it is hard to imagine that now, ahead of the [presidential] election, radical decisions about large scale military action [in Syria] would be made on the part of the US President," Abzalov stressed.

US Considering Arming Syrian Rebels, Evoking 'Afghanistan Scenario'
Commenting on the White House's reported debates over providing "moderate Syrian rebels" with modern arms (including antiaircraft weapons), Abzalov suggested that it is unlikely that the US would intensify the program aimed at training and arming rebels in Syria and Turkey anytime soon.

He pointed to the fact that such a program needs extra funding that could be approved only by US Congress. According to Abzalov, any moves aimed at kicking off such a program won't bear fruit before the election.

At the same time, he stressed, the US cannot directly provide weapons to the Syrian "opposition" as it is formally forbidden by the Security Council of the UN.

As for the US direct intervention in Syria, Washington would require substantial air power to deploy its troops on the ground in the region, the expert noted, adding that it is unlikely given the challenge posed by Russia's S-400 anti-aircraft weapon systems installed at the Hmeimim airbase.

Furthermore, the US won't risk engaging in direct confrontation with Russia, Abzalov remarked, stressing that neither Israel, nor Turkey or Saudi Arabia would hail such developments. That means the US would eventually find itself isolated in the region, he emphasized.