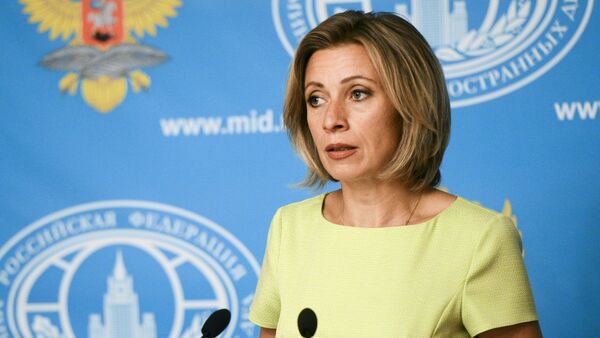 After UK Foreign Secretary Boris Johnson claimed that shame is “the single most potent weapon” that the Western powers can use against Russia, Russian Foreign ministry Spokeswoman Maria Zakharova issued an elegant and stinging response to the British diplomat's statement.

Russia’s Zakharova Viciously Mocks America’s UN Ambassador for Remarks on Syria
The response to the British politician’s remarks was posted on Zakharova’s Facebook page. The spokeswoman wrote an anecdote that hints at recent revelations by hacktivists that WADA had covered up the use of doping by some Olympic-winning athletes.

The hacker group Fancy Bears published the list of athletes who were allowed to use banned medication. Of 107 doping-users covered by WADA, 27 participated in the Olympics for the United Kingdom in past years.

“Sergei Victorovich [Lavrov, Russian Foreign Minister], we have an issue. Britons have gotten a new weapons on us – and it’s shame. Skolkovo has yet to invent something alike.

The FBI and WADA accused Fancy Bears of having links to Russian intelligence agencies. Moscow has ruled out complicity in the incident.

The Kremlin also expressed readiness to facilitate WADA’s probe into the leaks on condition of that a request be formally issued by the organization.