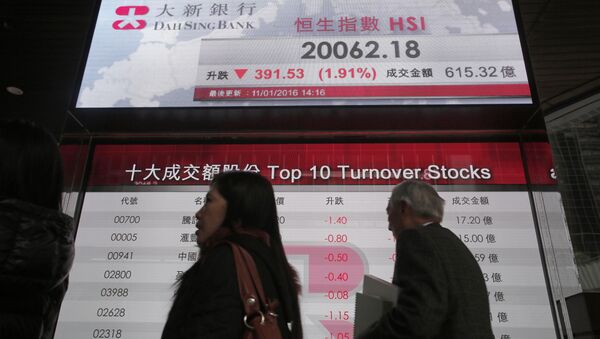 China’s Purchasing Managers' Index (PMI) in the non-manufacturing sector went up to 53.7 in September, the National Bureau of Statistics of China said on Saturday.

BEIJING (Sputnik) – The reading is 0.2 points higher than that of August, the bureau said.

Meanwhile the country’s manufacturing sector showed the same reading in September as that of August (50.4).

A PMI reading of over 50.0 points signifies growth, while anything below that reflects contraction.

China Ceases Loaning to Venezuela – Research Group
China's manufacturing PMI performed below expectations and fell to 49.9 in July, which was the lowest reading since February.

In January, the index reached its lowest point since August 2012.

China's economy has recently been experienced significant turmoil, with growth rates at record lows, an increasingly volatile stock market and the yuan sliding against other currencies. In January, China reported its 2015 GDP increase to be the lowest in over 20 years.