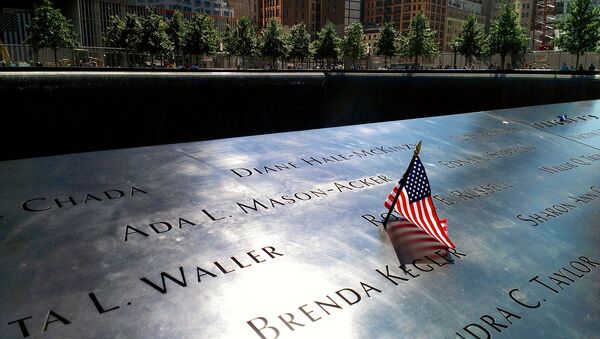 Pepe Escobar
All materials
“Justice” may be a somewhat misplaced concept as far as the Justice Against Sponsors of Terrorism Act (JASTA) is concerned. US President Barack Obama vetoed it. Yet Capitol Hill - for the first time in his (now lame duck) presidency - overrode him. The potentially cataclysmic effects on US economy/foreign policy cannot be underestimated.

The House of Saud, earlier this year, went no holds barred threatening to pull its investments in the US if JASTA — a nice populist touch to let 9/11 victim families sue Riyadh — was approved. Estimates are on the range of $750 billion – but that does not account for an immense, Saudi-owned secret stash of US Treasury bills.

Obama Overridden: 9/11 Bill That Allows Victims to Sue Saudis to Become Law
No one in the Wall Street-Beltway axis was exactly impressed by the threats – because the Saudis would have few, if any, decent options to invest their mountain of cash.

Still, lobbying of Congress proceeded non-stop – instrumentalizing major US corporations operating in Saudi Arabia that could end up suffering some form of retaliation.

In the end, the House of Saud obtained just one vote in the Senate in favor of scrapping the bill. As a Masters of the Universe-connected New York corporate player noted, “If you think this is bad, above the President, who is a doorman, it is a hundred times worse.” The player is among an elite that off the record, behind closed doors, openly discusses that, “all of us know that the Saudis had nothing to do with 9-11 and were framed.”

Another one of these discreet players, sympathetic to Washington’s relations with the House of Saud, remarks, “the Saudis are now totally isolated in Washington. It was dangerous for them to bring in the CIA McKinsey group to restructure their economy. And while Deputy Crown Prince Mohammed bin Salman is trying his best to win them over in the US with his 2030 New Vision, everyone behind his back is plotting against him.”

There goes our Middle East strategy

What Capitol Hill does not seem to understand is that adopting JASTA will inevitably push the Saudis toward Russia — and might eventually end the oil price war against Moscow.

9/11 Bill is a 'Greedy Law' Which Prods Riyadh to Rethink Its US Ties
What could be the start of the trend is already visible after the OPEC meeting in Algiers. For the first time in eight years OPEC agreed to cut production — as Saudi Arabia somewhat ditched its pump-till-you-drop policy in effect since 2014. OPEC agreed to start producing nearly 750,000 barrels a day less than what it pumped in August.

It was Russia, with help from Algeria and Qatar that brokered the last-minute deal, according to which Iran and Saudi Arabia agreed on their respective production limits. US Big Oil, small US shale firms, Russia and Saudi Arabia, everyone loved it.

Riyadh for its part seems to have finally done the math in Syria — acknowledging Russia’s military might. A direct consequence, mid-to-long term, is that Washington might find itself with barely a few allies in the Middle East. A future, quite possible scenario is for Moscow to send in Russian/Chechen troops to Saudi Arabia along with S-400 defensive missile systems to secure the Kingdom against any Turkey-style coups coming from their own, CIA-infiltrated military.

The bottom line would be the US losing their entire strategic Middle East position.

Got terror, will sue

Saudi Arabia Slams US Law Allowing 9/11 Victims to File Lawsuits Against It
JASTA may be about to release a Pandora’s box of staggering proportions. Considering the intensity with which the Empire of Chaos is routinely branded as a terrorist rogue nation in myriad latitudes – one just needs to look at the record – the door is open for scores of nations to come up with a similar legal framework to sue US individuals and corporations.

Iran and Cuba are two nations that have already taken legal action against the US – but of course they did not get paid a cent. JASTA brings the game to a whole new level. JASTA in practice removes sovereign immunity for any state found to be practicing terrorism anywhere, as defined by US court judges. Nothing prevents any other nation to come up with its own JASTA.

The Pentagon, for its part, is terrified that JASTA will allow the vast military/security counterterrorism nebulae to be slapped with countless lawsuits. Add to it the proverbial “erosion of trust” between the Pentagon and Middle East/Persian Gulf military establishments.

The key problem with JASTA is that Riyadh did not perpetrate 9/11. All sorts of House of Saud honchos were deep inside the US stock market. If Riyadh knew anything, they would have pulled a fortune out – and the SEC would instantly know about it.

What’s certain is that JASTA in the US will be a joke; US judges don’t have a clue about anything inside, around or beyond the Greater Middle East; see for instance that US court that found Shi’ite Iran was in cahoots with al-Qaeda.

Riyadh has already made it known they will take their investments, the activities of their sovereign wealth fund, and their mountain of cash elsewhere with the approval of JASTA. Destination Hong Kong and/or Singapore?

And then there are the juicy Pandora possibilities.

What about a court in, say, Afghanistan or Pakistan ruling that the 1980s Reagan jihad against the USSR in Afghanistan – jointly financed by the US and Saudi Arabia — constituted support for terror?

What about any government in the Middle East suing widely branded terror state Israel for their war crimes in Palestine?

What about Gaddafi-linked traditional Libyan elites now living in the US suing France (under King Sarko the First) and Britain (under David of Arabia Cameron) for supporting terror of the Libyan Islamic Fighting Group (LIFG) kind?

And what about Syrian refugees in the US suing the White House, the Pentagon, the CIA, the State Department, Turkey, Qatar and Saudi Arabia for financing and weaponizing Salafi-jihadi groups to destroy their nation?