European Council is 'Black Hole' to Most People, Lacking Openness and Trust 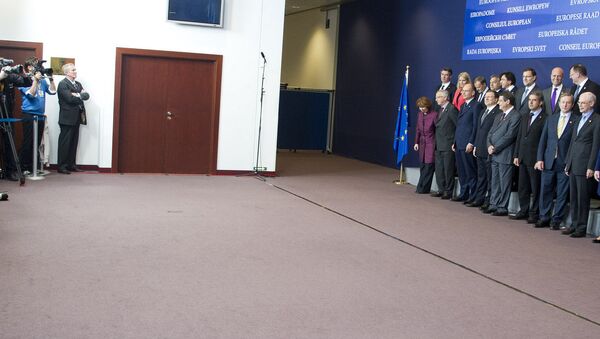 One of the major institutions of the European Union - the Council - remains largely unaccountable and remote from the general public, showing reluctance to commit to any reforms and to implement concrete improvements to increase transparency and accountability, a new report says.

According to a new report from Transparency International, decisions at the European Council — the forum for country leaders and their respective ministers — are made behind closed doors with little or no accountability and have real and damaging impacts on our lives.

"The Council remains a big black hole in the EU decision-making process. It's mystifying as an institution… By definition, there is nothing like it at the national level, and it stands apart from its peer institutions here in Brussels," Carl Dolan, head of Transparency International's (TI) EU office said.

The report presents the results of a questionnaire among member states on their positions to increase the transparency of negotiations over fishing quotas. It found that the Council is "lagging a long way behind other EU institutions in terms of transparency."

Fishing quotas are negotiated annually by the fisheries ministers from each member country. However, in spite of scientific advice and the need to maintain sustainability of fishing stock, the Council continues to allow for overfishing, because each member state fights to maintain its own fishing industry.

EU Lobbyists Equal Number of Brussels Penpushers - Transparency International
According to the study, considerable concessions between member states are won and lost and the final decisions have a big economic, social and environmental impact. Since these meetings continue to happen behind closed doors, with restricted access for interest representation groups and only a few accredited journalists allowed, it is very difficult for outside parties to obtain first-hand information to monitor the process and verify results.

"The opacity of these negotiations makes it virtually impossible for outsiders to understand how final decisions have been reached and which national ministers have been the driving forces behind the deal," the report says.

The lack of transparency in the European Council has been criticized following the publication by the Commission of changes to the transparency register — a list of lobbying in the EU — which has now been extended to the Council, but not yet enacted.

However, critics say the changes do not go far enough, as they make many meetings between EU officials and lobbyists exempt.