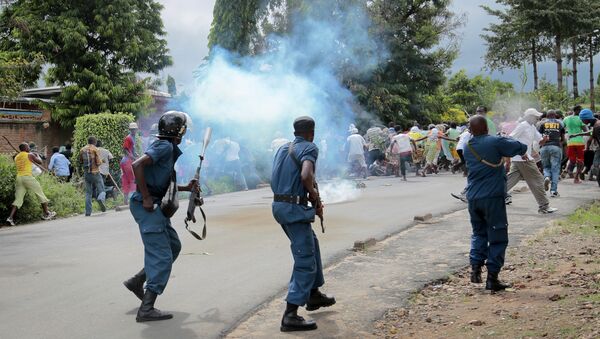 The United Nation Human Rights Council supported a resolution to establish Commission of Inquiry to investigate into human rights violations in Burundi, according to the European Union delegation to the United Nations.

MOSCOW (Sputnik) — The United Nation Human Rights Council adopted a resolution to set up a special commission tasked with an investigation of human rights violations in Burundi, the European Union delegation to the United Nations said Friday.

"EU-led resolution on #Burundi at @UN_HRC establishes Commission of Inquiry to investigate into human rights violations & report back to #HRC," the EU delegation to the United Nations said on its official Twitter account.

Over 220 UN Police to Monitor Human Rights Situation in Burundi
The establishment of the commission was proposed at the 33rd session of the Human Rights Council that took place on September 13-30, in Geneva.

Since last April, Burundi has been in a political crisis after current President Pierre Nkurunziza announced his bid for a third term in office, despite being constitutionally bound to step down after two terms. Nkurunziza's third-term election was followed by an attempted coup in May.

UN estimates more than 400 people died and about 26,000 people fled the country amid the crisis.