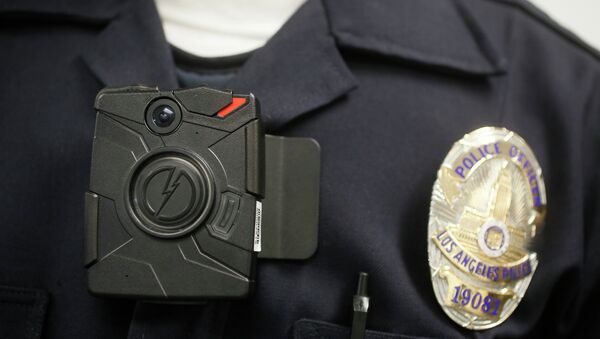 Groundbreaking research focusing on British and US police has found a massive 93-percent drop in complaints against officers that are equipped with body cameras.

Community on Edge After San Diego Area Cops Kill Unarmed Mentally Ill Black Man
In some places, the number of complaints even dropped to zero.

Researchers suggest that this is because cameras encourage good behavior on the part of both the officers and the public, as all parties are aware that they are being observed.

"Everyone is recording the police except themselves," Barak Ariel, a criminologist from Cambridge University who led the research, told the Associated Press. "Now we have something from the officer's point of view from the very beginning of the interaction."

The study focused on West Midlands Police, West Yorkshire Police, Cambridgeshire Constabulary, and the Police Service of Northern Ireland, as well as the cities of Ventura and Rialto, both in California in the United States.  Approximately 2,000 officers were studied over the course of the year.

"One wonders why such an initiative has not already been introduced," Michael Naughton, associate professor at the University of Bristol Law School, told the Associated Press. "It would allay fears (and the reality) of police misconduct and abuse. It would enhance trust and confidence in the police. It really is a no-brainer that body cameras should be embraced and harnessed without further delay."

The study authors believe that equipping all officers with cameras would cause a "sea change in modern policing."

"We are about to face a turning point," Ariel said. "I think in 25 years all officers will be using a camera."