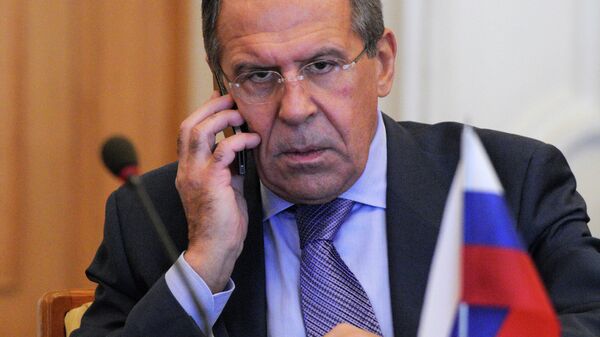 "Lavrov and Steinmeier exchanged views on implementation of Minsk agreements on Ukrainian crisis settlement in light of the recent agreements on separation of conflicting sides, as well as further contacts at various levels in the framework of the Normandy Four Group and the Contact Group," the ministry said in a statement.

"In addition, the ministers discussed the Syrian peace process and various aspects of Russian-German relations," the statement said.