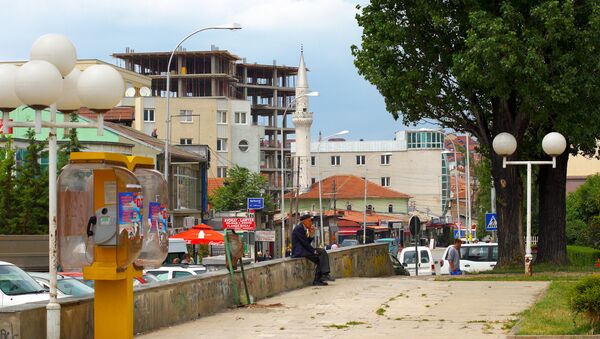 © Flickr / Antti T. Nissinen
Subscribe
As Belgrade and Pristina resume talks to normalize their relations, the latter's request for its own telephone code present a problematic precedent for China and other countries across the world, Dusan Prorokovic, former state secretary in Serbia's Ministry for Kosovo and Metohija, told Sputnik Serbia on Tuesday.

Normalization and Its Opposition: Serbia-Kosovo Talks Hit a Snag
Kosovo's demands for its own telephone code is fraught with difficulty for international relations, Dusan Prorokovic, former state secretary in Serbia's Ministry for Kosovo and Metohija, told Sputnik Serbia on Tuesday.

On Tuesday Belgrade and Pristina resumed their technical negotiations in Brussels, an EU-facilitated dialogue aimed at normalizing relations between the two sides.

EU Commission spokeswoman Maja Kocijancic told Serbian news agency Tanjug that while work is still ongoing, the EU is keen for the two sides to reach an agreement this week on the issue of telecommunications.

Among the issues to be discussed is the status of Kosovan property belonging to Telekom Serbia, the establishment of a Telekom Serbia subsidiary there, and the provision of land and mobile phone lines.

Most controversially, they are set to discuss the possibility that Kosovo receives its own international calling code. Such a move would mean calls between Kosovo and the rest of Serbia would be subject to an international tariff.

Prior to the meeting, Edita Tahiri, Kosovo's former Deputy Prime Minister and chief negotiator at the Brussels dialogue, told Kosovo's RTK television network that Kosovo is set to receive its own calling code as a result of the talks.

Kosovo, which unilaterally declared independence from Serbia in 2008, is aiming for international recognition by receiving its own international calling code, +383, instead of using a geographic calling code within the Republic of Serbia.

Did Kosovo Try to Bribe Pope Francis to Win Recognition?
Tahiri claimed that the EU has instructed Serbia to write to the International Telecommunication Union (ITU), the UN's agency for information and communication technologies, and articulate its agreement with the change.

In response to Tahiri, deputy head of Serbia's Ministry for Kosovo and Metohija Dusan Kozarev told Tanjug that Serbia refuses to agree to such a step.

"The ITU, not us, which is the most relevant authority on the matter, is going to announce what we have discussed for months and what has been agreed in Brussels – not a country code, but a geographic area code," Kozarev said.

"That is, a calling code for a territorial region within the Republic of Serbia, like the calling codes of Taiwan within China, or the Falklands within the UK, for example," Kozarev explained.

Dusan Prorokovic, former state secretary in Serbia's Ministry for Kosovo and Metohija, told Sputnik Serbia that giving Kosovo its own calling code would set a problematic precedent for other countries such as China.

"Serbia's opening position was that it receives another code that it gives Kosovo to use. Pristina didn't want that, they want their own telephone number without any mention of Serbia. The compromise reached in Brussels is that Austria gives Kosovo the code," Prorokovic explained.

"But here what I call the China-Taiwan problem emerges. What if the US requests an area code for Taiwan and in this way legitimizes this process, which China would have a lot of objections about," he said.

Taiwan was assigned the +886 calling code by the ITU just ten years ago. After years of having a "reserved telephone number," it was finally given +886 (similar to China's +86) but registered as a region of China.

Independence? ‘Kosovo Capital is not Pristina, It is a US Military Base’
If Kosovo receives its own number through a third party, the solution found in Brussels could become a precedent, Prorokovic warned.

"If that happens, the Brussels proposal becomes not a precedent but a rule that could be used in other cases around the world. That creates a lot of issues in international relations. To us, the issue of the telephone number and calling code is a technical one, but for large countries which have serious territorial disputes that is a political issue par excellence which is better not to play with," Prorokovic explained.

However Prorokovic said that Belgrade may even be compelled to accept Kosovo's demand, despite its international implications, in return for a political concession.

"The other possibility is that Belgrade asks for something in return which Pristina is not yet offering. Belgrade's negotiating team might agree to everything that Pristina asks for, that it joins another international organization and that it gets its own calling code, which would be unprecedented, in return for some political concession. However, I don't know what that concession might be," Prorokovic said.