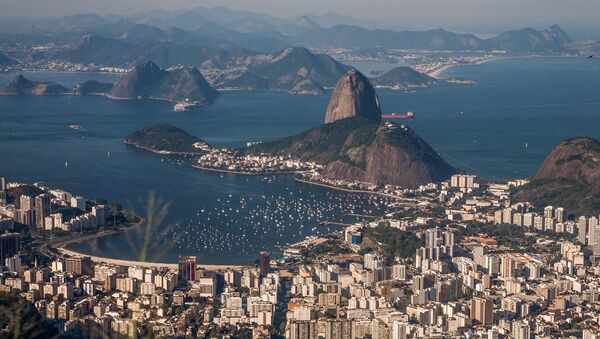 A candidate for the city council of Brazil’s Itumbiara municipality, in Goias State, was killed along with a body guard at a campaign rally, local media report.

MEXICO CITY (Sputnik) – Jose Gomes da Rocha was shot on Wednesday afternoon by a city employee who was also killed, in a shootout with the security guards, Estado de Minas said.

"Everybody thought the man was coming to shake our hands when he suddenly drew a gun and began to shoot at us," federal lawmaker Jovair Arantes, who was in the vehicle targeted by the gunman said as quoted by the newspaper on Wednesday.

The Wednesday shooting comes after a wave of killings of politicians in the outskirts of Brazil’s Rio de Janeiro that police believe to be the result of organized crime groups trying to get their candidates to win in the elections.