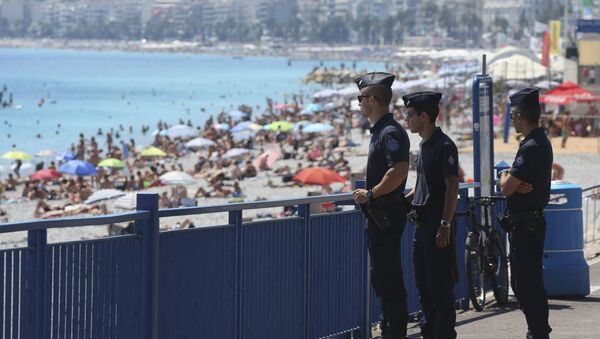 Several terrorist attacks have been foiled in the French city of Nice since July's deadly attack killed dozens of people in the French Riviera city, Nice Prosecutor Jean-Michel Pretre said.

MOSCOW (Sputnik) — The comment comes ahead of Wednesday's France 3 channel airing of a documentary dealing with July's deadly attack.

"There are several cases that have been passed on to the Paris prosecutors' office counter-terrorism department," the prosecutor said, as quoted by Le Figaro newspaper.

The cases, now in the hands of Paris prosecutors, involve "people that have sometimes said quite concrete things about the types of targets and even about concrete targets," he added.

On July 14, a truck rammed into a large crowd celebrating Bastille Day in the French city of Nice. At least 86 people, including children, were killed and hundreds of others were injured. An investigation into the tragedy found that the person behind the attack was 31-year-old resident of Nice of Tunisian origin Mohamed Lahouaiej Bouhlel. The Islamic State terror group (IS, outlawed in Russia) claimed responsibility for the attack.